The Alumni Achievement Award is the highest honour presented by the Queen’s University Alumni Association. Each year, the award is presented to an alumnus/alumna who has demonstrated the values of Queen’s University through significant lifetime contributions to one or more of the following: the arts or sciences; public service; leadership in business, industry, or a profession; community, charitable, or volunteer work. 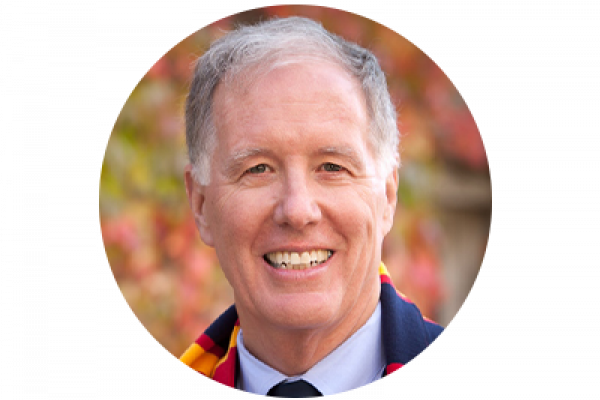 Jim Leech is chancellor emeritus of Queen’s University and former president and chief executive office of the Ontario Teachers' Pension Plan, the world's top performing plan during his tenure. Previously, Mr. Leech was president and CEO of Unicorp Canada Corporation, one of Canada's first public merchant banks, and Union Energy Inc., then one of North America's largest integrated energy companies.

Following his 45-year military and business career, Mr. Leech has devoted himself to philanthropic leadership (chancellor at Queen’s, chair of the UHN Foundation, the Institute for Sustainable Finance and the MasterCard Foundation, honorary colonel of 32 Signal Regiment, Canadian Forces, board member of Historica Canada, and a founding director of Right To Play International) and non-partisan public service (senior advisory roles to Canada’s prime minister and successive ministers of finance in Ontario).

Mr. Leech has been a member of Queen's Board of Trustees, University Council, and Chair of Smith School of Business Advisory Board. In 2013, he co-authored The Third Rail, Confronting our Pension Failures, a best-selling book that received the 2013-2014 National Business Book Award.

In 2012, Mr. Leech was awarded the Queen's Diamond Jubilee medal in recognition of his work with the True Patriot Love Foundation. In 2014, he was invested as a member of the Order of Canada for his contributions to Canada as an innovator in pension management, for his writings about retirement funding, and for his community involvement. In 2018 he was awarded the Canadian Decoration for his military service and in 2019 was awarded the Order of Ontario for his pioneering work in pension management, philanthropic leadership, and public service.

Mr. Leech holds a B.Sc. (Hons. Math and Physics) and an LL.D from the Royal Military College of Canada and an MBA from Queen's University. He is also a graduate of the Institute of Corporate Directors.

Back to Awards and Fellowships