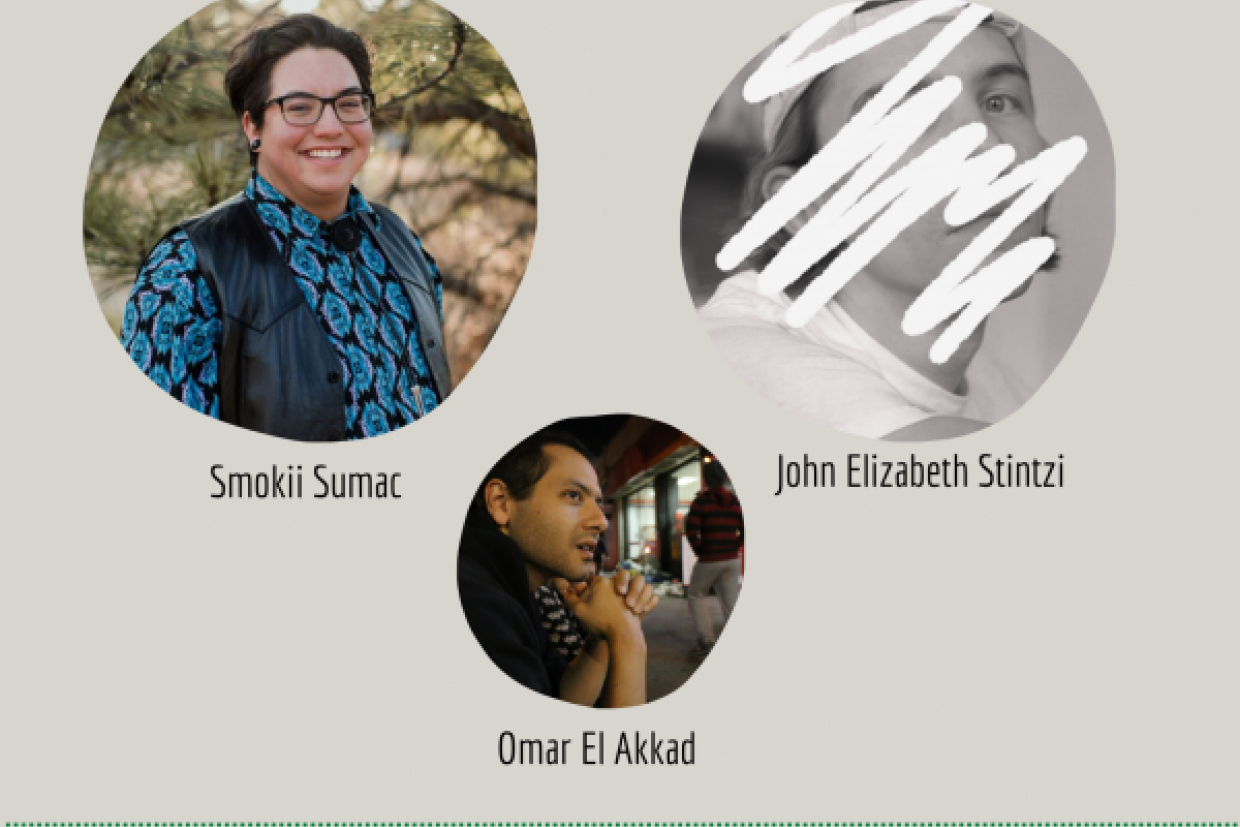 Reflection from the Writer's Studio at QUBS

Smokii and John Elizabeth will discuss their respective creative processes, inspirations, and their time at the QUBS Writers' Studio.

Smokii Sumac is a Ktunaxa poet and PhD Candidate in Indigenous Studies at Trent University where his work centers on the question "how do we come home?" Smokii is an Indigenous adoptee, intergenerational residential school survivor and a two spirit/trans masculine person who bases his art and research in his lived experience. HIs first poetry collection won an Indigenous Voices Award for published poetry, and Smokii was also named as a finalist for the Dayne Ogilvie Prize.

John Elizabeth Stintzi is a non-binary writer and artist who was the recipient of the 2019 RBC Bronwen Wallace Award and the inaugural Sator New Works Award. Their writing has appeared in Ploughshares, The Malahat Review, Kenyon Review, Best Canadian Poetry, and others. They are the author of the novels My Volcao (2022) and Vanishing Monuments, as well as the poetry collection Junebat.

Omar El Akkad is an author and journalist. His fiction and non-fiction writing has appeared in The New York Times, The Guardian, Le Monde, Guernica, GQ and many other newspapers and magazines. His debut novel, American War, is an international bestseller and has been translated into thirteen languages. It won the Pacific Northwest Booksellers’ Award, the Oregon Book Award for fiction, the Kobo Emerging Writer Prize and has been nominated for more than ten other awards. El Akkad won the 2021 Scotiabank Giller Prize for his most recent book, What Strange Paradise. Read more about Omar El Akkad