Aristotle’s lost dialogue Protrepticus was very influential in the ancient world and recent work has given us a better understanding of it and the genre of popular philosophical writing that it helped to shape. But protreptic was not the only genre that incited people to live the philosophical life; in the Hellenistic period works with the title On Ways of Life (peri biôn) also discussed the best life for humans to live. This paper looks at the relationship of works peri biôn to protreptic, especially in Aristotle’s own school, with special attention to the question whether a philosopher should live a life of practical, political activity or of private theoretical study. Cicero, as a politician and philosopher, took a special interest in this issue and alludes to a great debate (controversia) inside Aristotle’s school. This alleged debate needs to be reconsidered in the light of recent work on the school in the Hellenistic period. 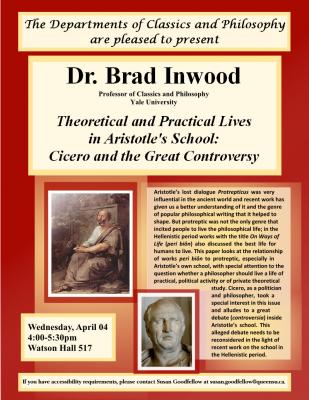 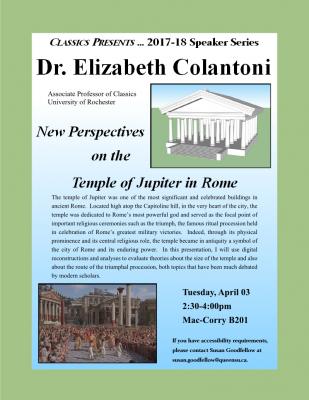 Tuesday, April 3rd from 2:30-4:00pm   Mac-Corry B201​
​Dr. Elizabeth Colantoni, Associate Professor of Classics, University of Rochester
New Perspectives on the Temple of Jupiter in Rome

The temple of Jupiter was one of the most significant and celebrated buildings in ancient Rome.  Located high atop the Capitoline hill, in the very heart of the city, the temple was dedicated to Rome’s most powerful god and served as the focal point of important religious ceremonies such as the triumph, the famous ritual procession held in celebration of Rome’s greatest military victories.  Indeed, through its physical prominence and its central religious role, the temple became in antiquity a symbol of the city of Rome and its enduring power.  In this presentation, I will use digital reconstructions and analyses to evaluate theories about the size of the temple and also about the route of the triumphal procession, both topics that have been much debated by modern scholars.

In this paper, Dr. Ward explores the repercussions of failure for Roman legions during the Principate. He analyzes in particular how memory sanctions - discontinuation, substitution or erasure - were applied to Roman legions, their titles and insignia in the wake of military failure. This study helps historians to understand how the relationship between the legions and the emperor was redefined during military and political crises, and offers insight into how historical definitions of military defeat and disgrace are often dependent on contemporary political circumstances. 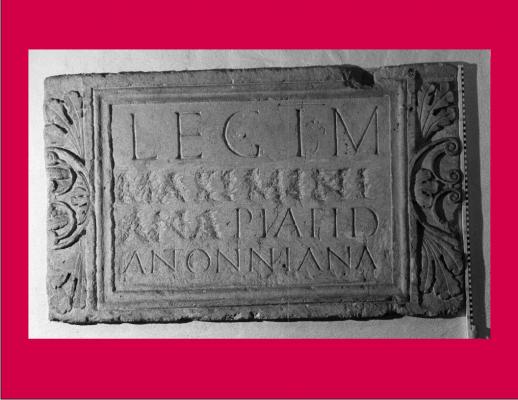 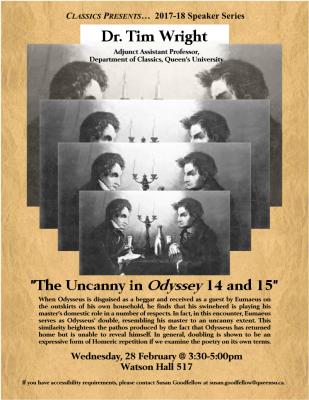 Hoards of Information: The Importance of Coin Hoards and the Value of their Publication

Coins hoards represent an important source of information on the ancient world, yet without full publication
their benefit to academia is limited. This paper will introduce the different types of coin hoards and discuss
what methods scholars use to tease information out of them. In addition to providing examples of
how coin hoards have contributed to our understanding of the Greek and Roman world,
this presentation will also present a few case studies of hoards studied by the author from
both museum and excavation contexts, including one from excavations at Humayma Jordan. Research Strategies: An Introduction to Finding, Searching and Evaluating Resources in Classics The most extensive and best illustrated discussion of mental illness in Roman literature is to be found
in the legal compendium known as the Digest.  Because this abundant material is less well known,
I’ll offer a representative sampling of some of the more intriguing commentaries within the Digest on
mental instability and I’ll try to suggest what this might have meant or a Roman audience.
Where it’s applicable I’ll offer parallels from other Roman writings. I argue that various allusions to Aeneid 12 in Thebaid 12 abridge the earlier narrative, cutting out difficult scenes so that Theseus and Creon’s duel becomes a more straightforward battle between right and wrong than that of Aeneas and Turnus. These “abridging allusions” are one of several techniques used to thematize   narrative speed in Thebaid 12, in contrast to the thematization of delay in earlier books. I first discuss delay as a central feature in the two epics, then examine Statius’ abridging allusions and situate them in various ongoing debates about the poem and its relationship with the Aeneid. 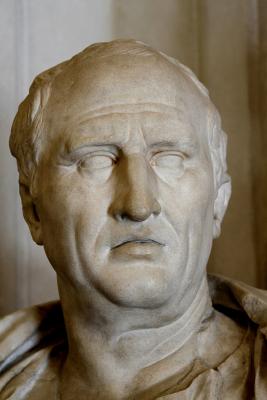