We are well into the fall term and so far you might have “hit the wall”, struggled through funding applications, adjusted to a new environment, received your first marks of the term, or even searched (or is still searching) for a place where you feel you belong or people who make you feel like you belong.  It’s true that grad school has its rewards (heck, we earn a degree, and some of us even get to call ourselves doctors in the end) but they can sometimes seem elusive when dealing with the day-to-day difficulties that cause us stress and emotional strain.

Grad school has its fair share of demands, but when you factor in your physical health, family, dating, personal life, identity, and your finances, you’re in for one wild ride on the journey towards your goal of acquiring an advanced degree.

What I want to convey – and what is often falsely believed – is that you don’t have to deal with it all on your own. Okay, okay, I admit that I’m one of those people who tends to play down my stresses and convince myself…

no matter what you say, think, or do, don’t appear weak or needy

It might be that I’m getting older and my views on life and what matters are evolving into a more vocal and compassionate being. Or, perhaps, it has something to do with the recent death of bullied BC teenager Amanda Todd who took her own life last week after years of torment. For whatever reason, I feel compelled to blog about our own mental health this week as it is an area of our lives that is often overlooked and deserves more attention.

A cavity? No problem. Let the dentist take care of it.

Eyes having difficulty focusing on those journal articles? Easy. Dial up the optometrist and you’ll be seeing clearly in no time.

Shouldn’t we be having regular checkups for our mental health? Why aren’t we? Is it still taboo to go beyond the body and reach out for help when it’s related to our mind and spirit?

A recent survey, part of the National College Health Assessment, found that 34% of the students who responded reported such severe depression that they found it difficult to function, with 7% reporting that they have even contemplated suicide.

This past winter a working group consisting of Canadian university presidents was formed in response to growing concerns over the mental health of university students. Dr. Robert Campbell, President of Mount Allison University and chairperson, stated that mental illness has been “a bit of a hidden problem” on campuses but now is the time to examine the role universities can play in tackling the growing issue.

The seven-member working group mandate involves more public open discussion in order to de-stigmatize the issue and make it a regular part of university dialogue and business. Collaborating with parents, health-care providers, mental health advocacy groups and government are also part of the plan to better mental health conditions of students, faculty and staff across Canada’s universities. 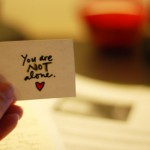 So we can see that there are professionals and governing bodies looking out for us. They see that mental health is a timely and pertinent issue that deserves serious consideration. But that isn’t enough. We must look out for each other and for ourselves. There are many services and campus resources at Queen’s that have been established for your wellbeing. They are here for YOU.

Because there are times when one really can’t muster the courage to go for help, we, as a collective, must be vigilant of the signs of mental illness in those around us and show support, help break down the stigma, and be actors in the movement towards treating our mental health much like we treat our physical health.

5 comments on “Mind Your (Mental) Health”

1 Pings/Trackbacks for "Mind Your (Mental) Health"