The Importance of Taking Vacations 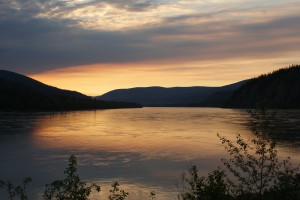 I enjoy the summertime as a grad student. Things are more laid back. I get to focus on my research without the distraction of lab meetings, TAships, and committee meetings. Incidentally, it’s also usually the time that I like to take an extended vacation.

Admittedly, I was at first hesitant about taking a whole month off from school at once (it’s something I’ve never done before). I worried that my supervisor would think that I was slacking off (a doubtful assertion), and I was also concerned that being away from the lab for so long would mean that my summer productivity would take a major hit.

But after returning from my four-week vacation, one thing that I realized is just how much I truly needed this vacation.

As graduate students, our work never stops. Unlike many 9-5 jobs, our work responsibilities don’t end when we leave the lab. As Amanda pointed out in a previous post, many of us feel guilty when we’re not working. Consequently, we truly don’t allow ourselves much time away from work, not when it’s often on the back of our minds.

I learned that the biggest benefit of taking a vacation isn’t just giving yourself time to recuperate and relax (though that’s extremely important too!), instead, I found that taking an extended hiatus from my work actually helped me to gather focus.

The opportunity to pursue other interests (like hiking, and traveling) allowed me to shift my focus away from my work and direct my attention to other things that I really enjoy. I would have initially thought that this would make me less motivated to come back to school, but paradoxically, I found myself returning even more focused, but also even excited (significantly more excited than I have been in a long time) to resume my research. It felt as though the opportunity to clear my mind allowed me to also clear myself of the distractions that had been inhibiting progress, so that when I returned to thoughts of my research, it seemed so much more appealing and manageable.

Of course, the amount of time we’re allowed to take off varies according to supervisors, and what worked for me won’t necessarily work for all, but what I wanted to share with you is this idea (one that once seemed radical to me), along with some rationale and anecdotal evidence (just in case) that taking time away from work can actually increase productivity and focus.

What about you? Do you agree? What have your own experiences been like?

3 comments on “The Importance of Taking Vacations”

1 Pings/Trackbacks for "The Importance of Taking Vacations"