Speaking of travel, on the heels of Rachel’s last post, I’ve been away myself for a few weeks circumnavigating Mediterranean with my wife. Most recently I was on Turkey time, which is why I’m posting at such an odd hour; I woke up at an even stranger one. We saw some intriguing things in Turkey, including city block after city block just dense with roaming cats in Istanbul. It seems perhaps cats are to Istanbulites what squirrels are to Kingstonians. Cats: consider changing your name to “Turkish squirrels.” It was an educational trip.

Now that I’m back in Bath (circum-Kingston?), my thoughts are turning to work and sorting out what next year – year three – should look like as far as writing goals, as well as what it looks like in terms of academic employment like research or teaching assistantships, or fellowships, and in terms of volunteer commitments. I also need to think about applying for funding for my fourth year.

I’ve been captivated by the concept of heuristics for some time. That which is heuristic helps to guide an exploration or provides rules of thumb for solving a problem. Faced with the tyranny of choice – bereft of the joys of beating the system – I have taken to creating rules for myself and being attuned to possible heuristics. In making these decisions about the coming year and taking the steps to pursue various interests and opportunities, I’ve especially been thinking about this TEDx talk I recently watched about just such a search for order: The Habits of Highly Boring People – Chris Sauve at TEDxCarletonU. (Fun fact: did you know our own Atif spoke at last autumn’s TEDxQueen’s?)

What caught my attention about this video, funnily enough, was the mention of boredom in its title. (My own research engages with the nascent field of “boredom studies,” and, curiously, there’s a great deal of interest behind that hazy gray affect.) Though Chris Sauve turns out to be very matter-of-fact and not so speculative about boredom, I was impressed by the incredible practicality of a simple 2×2 decision-making grid he introduces about halfway through the video. 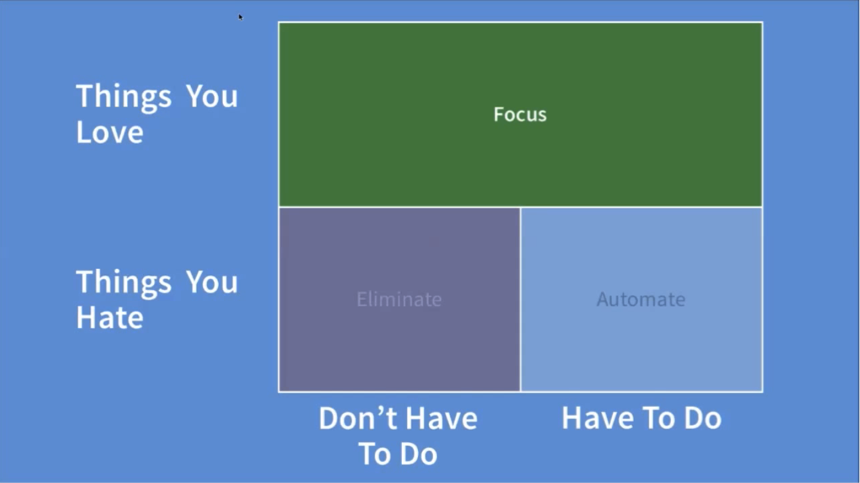 It’s reductive, and that’s the point, if it works for you. Now here’s the question: we all have our own processes for “focus,” and “eliminate” is relatively straightforward, but what do you do to automate? Employ an adorable robot butler? 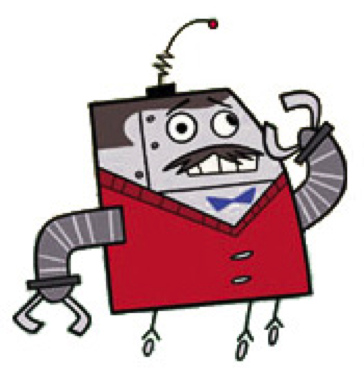 But what about when he and his charming sweatervest malfunction? How do you automate then? Why not leave your thoughts – tips, algorithms, robobutler schematics – in a comment below.