So you want a graduate degree in Cultural Studies…

What is Cultural Studies?

To put it briefly, the field of Cultural Studies traces its history back to the middle of the 20th century with roots in the Centre for Contemporary Cultural Studies (CCCS) at the University of Birmingham, UK. It absorbed some of the ideas of the German Frankfurt School. In the US and in Canada, the field has taken different paths. There are few Cultural Studies programs across Canada compared to programs in more established disciplines, but their number is certainly growing.

I’ll offer my program website’s take on this question of what Cultural Studies is:

Its researchers theorize the forces that shape the lived reality of people in the 21st century. Drawing on a range of practices, Cultural Studies researchers investigate values, beliefs and belongings, cultural processes and cultural objects, economic and social relations, institutions and identities.

Cultural Studies is an emphatically interdisciplinary area of inquiry that intersects the humanities, science studies, the social sciences and the arts.

What distinguishes Cultural Studies from other approaches to the study of culture is:

Necessarily self-reflexive, Cultural Studies draws on a range of methods and critical theories. It offers opportunities to break down conventional divisions between academia and activism, between theoretical critique and cultural production.

For further clarification and to give a visual impression of what Cultural Studies is all about, here are three representative images that came up when I searched “Cultural Studies funny”: 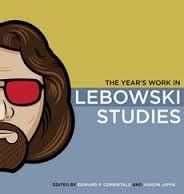 The Big Lebowski–Relevance: I actually lectured on Dudeism in a class this year. Thinking about how to investigate a “hyper-real” religion like Dudeism as a cultural form offers a pretty good example of how Cultural Studies goes beyond the idea of studying “a culture.” 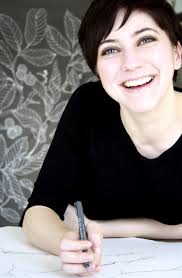 My Face–Relevance: What? I’ll assume this image comes up because I look like I’m having so much fun cultural studying.

When Worlds Collide–Relevance: I really resist the idea that academia isn’t part of the “real world” and I know my way around a hardware store a lot better than this dude, but this image is important because a.) as the only Cultural Studies meme I found and given the line about defining the term, it points out how the field is not exactly a household concept, b.) it’s not a coincidence in this cultural context that the only humour to be found about something as non-utilitarian as Cultural Studies plays on deriding its relevance to non-academics, and c.) it did, after all, make me chuckle. If we can’t have a laugh, then what are we doing here, am I wrong?

Starting in the first cohort of what was then a brand-new program, I’ve pursued both of my graduate degrees here at Queen’s in Cultural Studies. The MA is a two-year thesis-, coursework-, or project-based degree, and it has appealed both to people intending on academic careers who wished to use it as a stepping stone to their PhD and to people who wanted to expand their creative or activist practices. Something I would draw your attention to if you’re thinking about an MA in Cultural Studies is what you want that MA to do for you. If you’re doing it to lend a framework to developing the theoretical side of your own art practice, for instance, then the value of the training could be perhaps entirely intrinsic. If you’re looking to enroll in a PhD program in another inherently interdisciplinary field, like Gender Studies or Religious Studies, look into their prerequisites carefully. If you’re looking to enroll in a PhD program in a traditional discipline like Philosophy, be even more careful about this issue.

If you’re thinking about earning your doctorate in Cultural Studies (happy to report, by the way, that today we graduated our first doctor—congratulations to Dr. Jobb Arnold!) you’ve no doubt considered your career prospects. Since our program is a new one, there’s not much I can say from experience about what these might be. I myself will be seeking a faculty position. Many have their sights set on alt-ac careers, hoping to work in the arts sector, in community development, in the not-for-profit world, and elsewhere.

Though it was started by a core group of faculty, Cultural Studies at Queen’s draws its instructors, administrators, and supervisors from all across campus. It offers three core courses: Theory, Methodology, and Historiography (this is the history of the texts that have shaped the field). The rest of students’ courses come from other departments so long as instructors have given their permission. You’ve got to do at least four. Cultural Studies also offers its Seminar and Speakers Series as a course, though it is open for absolutely anyone to attend. A committee of faculty and students decide on a schedule of themes for the year, we make our invitations to speakers, and then every week we get to meet visiting artists, scholars, community leaders, and cultural workers of all kinds.

The Cultural Studies PhD program at Queen’s, at least, doesn’t include comprehensive examinations. In interdisciplinary research, there is an understanding that all knowledge is contextual—it is impossible to be anything other than partial, situated, and contested. The idea of demonstrating comprehensive knowledge in emergent fields doesn’t quite fit. Instead, students go through “quals.” This process looks a little different for every student, depending on the nature of their project and the input of their committee. Typically in second year, students put together a bibliography and short proposal that speaks to how this literature is tied together. It doesn’t have to be completely related to the thesis proposal that will come after it, nor does it have be entirely unrelated; it sets the stage in some way for your thinking around certain themes, concepts, and literatures. Based on the proposal, your committee asks you a couple of questions and you take about two weeks to respond to them in writing.

After quals, you come up with a proposal that lays out what you want to do in your thesis. Then you have the green light to start writing!

Since Cultural Studies doesn’t have an undergraduate program at Queen’s, we students tend to get a variety of work experience, TAing and teaching courses in cognate disciplines or disciplines we have a background in. I’ve had conversations with colleagues over the years about the occasional longing for a more cohesive sense of disciplinary identity and program culture, but there are distinct advantages to having our courses, jobs, and supervisors less centralized than other programs. I personally love the potential in this set-up to make inroads into disciplines and fields I wasn’t before acquainted with. I’ve mentioned before that to date, I’ve been an RA for an English professor and an Art History professor, taught in Philosophy, been a TA in Religious Studies, and taken courses in Gender Studies and Political Studies. The sense of perspective gained through all this variety can’t be beat.

Since it offers the project option, Cultural Studies isn’t a uniformly research-focused program. As a field, it doesn’t necessarily have a set of go-to journals, either. In the past year, I’ve submitted to Geography, Philosophy, and Religious Studies journals, as well as a dedicated Cultural Studies journal, and a journal that defines itself not in disciplinary terms, but rather thematically. Some students with an art practice wind up showing their work, and some develop or participate in social justice projects. For this program, there are as many different ways that the work can get out there as there are kinds of work.

I’ve said it before and I’ll say it again, that Cultural Studies is an exciting option for those of you who are motivated by the specificity of your own goals in scholarship and cultural production. If you pursue it, be prepared to take the reigns and direct your own path.