It’s all the rage. Workplaces are saying they want it and applicants are saying they’ve got it. Here at Gradifying we’ve dedicated this month we’ve dedicated some discussion to this highly topical issue of work-life balance. In this post, we’ll start with what work-life balance means, why it’s a decent idea (I say “decent” because, despite work-life balance being a great idea theoretically, there’s mounting evidence that the far-prevalent traditional models of bureaucratic organizations do not allow for this to be applied realistically in practice, much in the way Sharday discusses in her post. But I won’t kill your buzz. … I’ll let your supervisor do that. moo ah ah. Kidding, you gotta fight the power that be), and how to know if you’ve got it.

Although there’s no agreed upon definition of what work-life balance means, it’s agreed that it’s not scheduling equal number of hours for work tasks and personal activities. Rather, it’s a way of structuring time so that both one’s career aspirations and one’s personal care are attended to in balanced proportions. Work used to be pretty easy to define: When you were at your place of work, you were working; and when you were not at your place of work, you were not working. The advancement of technology, however, makes it possible to do work anywhere at anytime. 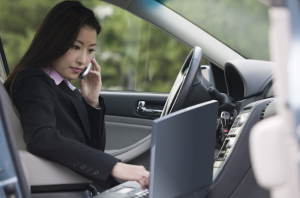 I hope she’s steering with her knee..

This makes it important to consider the possibility that perhaps working all the time is not best. Why might that be? A lot of the research is focused on the workplace setting (rather than student populations), but I think the findings can be pretty easily generalized in some cases. In a nutshell, there’s less interpersonal conflict in the workplace (Abendroth & Dulk, 2011) and outside the workplace (Goff, Mount, & Jamison, 1990), and reduced stress (Johnson, 1995). 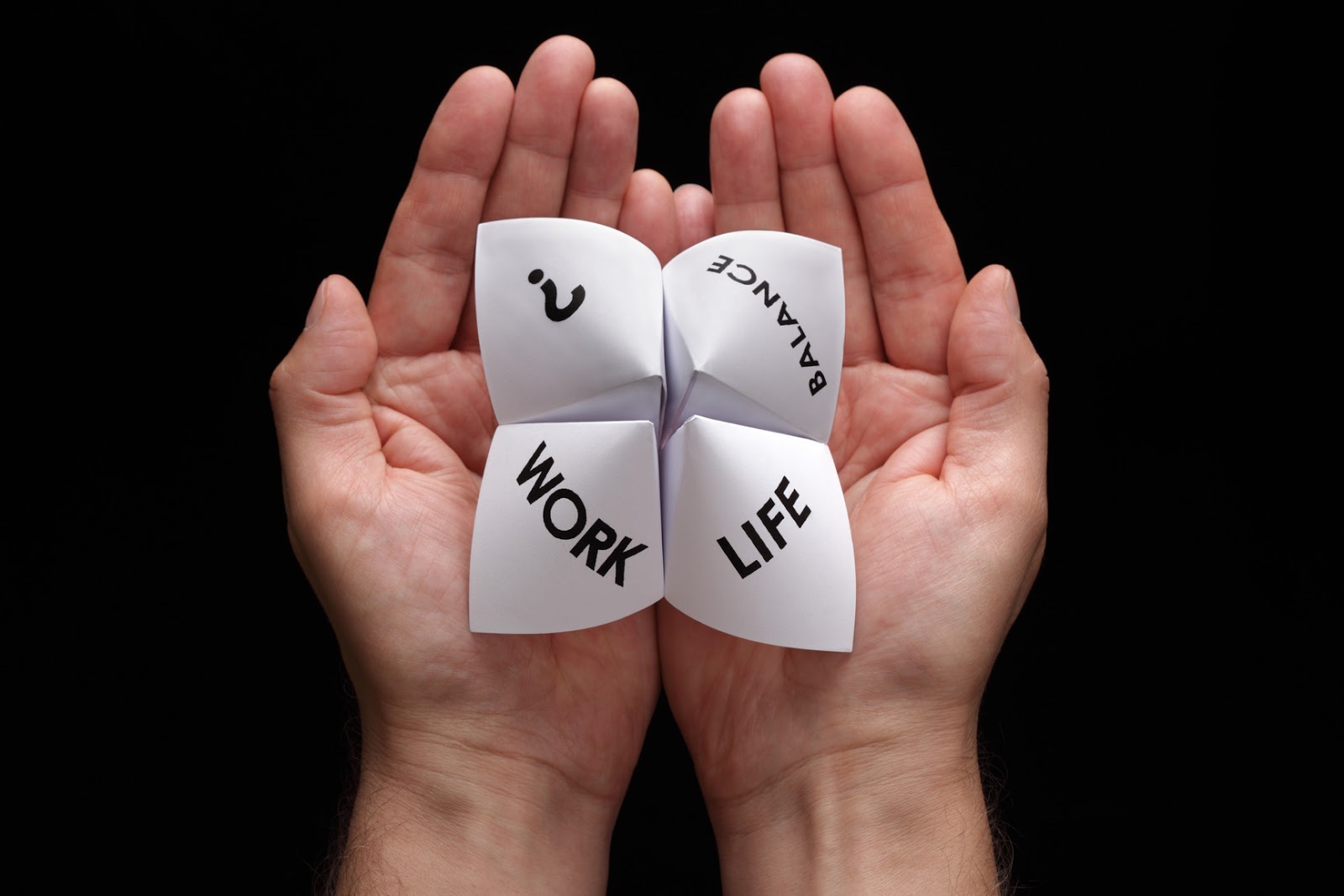 This is how I made most of my decisions until I was about 24.

But how do you know if you’ve got a good balance? I’m pretty sure I know which side of the see-saw I’m sitting on, but the Centre for Addictions and Mental Health (CAMH) has a quiz posted online that will help give you an idea. It turns out that I’m “keeping things under control – but only barely.” So, I’ve taken a look at some of the tips from the CAMH site, as well as some from WedMD’s site (hey, it doesn’t matter where they come from if it works..), and I’m going to try to incorporate some of them that make me feel warm and fuzzy (that’s my litmus test for effectiveness).  Adding to the list that Amanda and Jeremy started, here are some that just make good intuitive sense:

1. Set priorities for the following day and plan it out with scheduled breaks.

2. Check email at two or three time points, and leave yourself signed out in between. The promise for #1 & 2 is that it’s going to free up some time for the evening, when I have…

I’m going to start with that and see how it goes. Hopefully there’s something in here that promotes you, too, to strike a balance.