Managing RAs: Helping Them Help You

At Gradifying we try to reach everyone on our topics. This month there have been different variations on the theme of the supervisor-supervisee relationship and congeniality, and how to hone it so that it works for you. I’m going to be looking at this, but from a bit of a different perspective: This time you’re the supervisor, and you’re supervising, RAs. I have supervised several different teams in my six years here on different projects. I’ve got the best team of RAs doing incredible work for me right now, but it hasn’t always been a well-oiled machine. I’d like to share with you some of the things that I’ve learned about managing RAs, from start to finish. 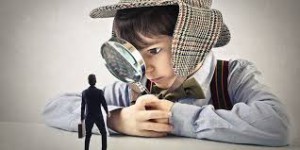 You’re going to put a lot of time into training your RAs, so set yourself up for success. Not everyone will be well-suited for doing a good job as your RA – some people haven’t yet developed the sense of commitment and responsibility in their own lives, and if they can’t do it for themselves, they’re not going to do it for you. What’s their main responsibility? Their schoolwork. So what is the first screening criteria I use? Their grades, so before meeting with any potential RA for an interview, tell them to send you their unofficial transcript and a cover letter. The transcript tells you (generally) how committed they are to their education, and the cover letter tells you that they’re motivated. I learned this trick from my supervisor, and when I follow it I get a great RA; when I don’t follow it, nothing but problems. I understand that some people experience hardship and their grades suffer, so you might miss a potentially great RA, but the risk of having a bad RA (false positive) is greater than missing out on one that may be good (false negative). If you get an RA that makes a lot of mistakes or is unreliable, you’re going to wish you had someone that did their job well and you that you could trust them. Screen well and interview them, because you’re about to offer someone a job that is going to impact your project and you.

Be upfront about responsibilities.

Make sure your potential RA knows what they’re signing on to: They need to know what the tasks are and what expectations are. So, during the interview I tell them: (1) all the possible tasks, (2) what I will be expecting them to do, and (3) what time commitment I expect. And don’t leave out the crappy parts of the job – they need to know what they’re committing to. You know what’s worse than losing a good candidate RA after the interview? Losing a good RA after you’ve invested time and energy into them once the project is underway because it wasn’t the job they expected. Be upfront.

Get them to commit.

Once upon a time, this was all it took to bond nations together.

Once they know what this job entails and they’re interested, get them to commit, and make it explicit – write it down. This does two important things: (1) It makes it much more likely they’re going to do what they agreed to do; (2) It gives you a leg to stand on for discussion if they don’t.

Be a Good Leader: Do as I Do 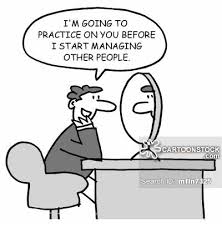 Start by getting your house in order.

I’ve never been a fan of the expression “Do as I say, not as I do.” Sure, I get it, we can’t all be perfect and we want to tell others not to make the same mistakes. However, they need to know how to do things right. If you take away only one thing from this post, remember this: They’re learning by watching you. The rest of this blog is just a bunch of ways that may help you lead.

I learn most of what I know about adults from what I learn about animals and children. We know very well that if you parent a child or train an animal inconsistently, you will take inconsistent behaviour. That is, if you don’t give them clear rules and guidelines, they will make their own. People are animals (… and adults often are just children with more responsibilities), and we operate in the same way, albeit with sometimes a bit more sophistication (… although, please refer to previous comment about adults being similar to children). So make sure they are clear on the guidelines. And show them the same compassion that you’d show any animal … unless you don’t show other animals much compassion. In that case, treat your animals like RAs.

If you’re not organized, your RAs won’t be able to do a good job even if they want to. But more importantly, they will learn how important your project is by watching and listening to you – they’re only going to take it as seriously as you do. If you don’t have your things together that sets the bar for them.

Communicate Well: Be a Good Listener

If my RAs aren’t sure about how to do something, I want them to ask me before the mistake happens. I find that I can help them avoid mistakes in the first place by being approachable. I’m explicit and repetitive about being available to help them in any way they need me. Sometimes my help involves teaching them how to figure things out on their own so they can develop their problem-solving skills, and this settles my concern that they’re going to eat up all my time. You know what eats up all my time? Mistakes. So, minimizing them is your best way forward.

Communicate Well: Be a Good Talker 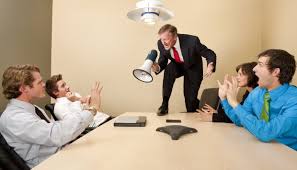 This is one way to make sure they don’t hear you.

If you have screened well, you probably have a decent human being working for you. If that’s the case, that person probably won’t maliciously try to damage your project. So, if your RA makes a mistake it’s either because (1) they were careless at a particular moment, or (2) you didn’t do a good enough job explaining the task or your expectations. Talk to your RAs about the mistake, keeping in mind that there may be some responsibility on your part for the mistake, and make sure they knows how to do it correctly moving forward. If you don’t talk to your RAs about it, it’s your responsibility the next time the mistake happens.

If you’ve done everything else in this post, you’re good shape. This one is the icing on the cake. Don’t confuse your relationship with them by always treating them like your buddy. Self disclosure: I’ve been guilty of wanting people to like me so much that I sometimes (mostly outside of my conscious awareness) prioritized those relationships over my project. You can have both – good relationships and good help – but make sure you’re clear yourself on which one comes first, because there will be times when they will be in conflict with each other. There will be times that you will expect them to do something they don’t want to do; other times when they won’t perform up to your expectation. If you’re clear in your mind that your project is the #1 most important thing, then you’ll do what you have to do to meet that priority (see all previous subsections). If you prioritize your relationships with them, you may not communicate everything they need to know to do it better, which may lead to more mistakes, which is going to frustrate you, and that’s eventually going to impact your relationship. It’s possible to be both friendly and focused on your work in the same conversation, but just be aware of which hat you’re wearing – friend vs boss – at any given moment.

I have a great relationship with all of my RAs. I screened them so that I was confident that they would commit themselves. They always know when they’re doing good work and when they need to improve on something. I understand that they’re going to make mistakes, and we work them out together. I compartmentalize my roles as a friend and as a leader. We joke around a lot, but when I’m discussing their work, there is no joking around until we’re done talking about their work. They know that I care about them, and they’ve known since Day Zero that my first responsibility is to my project. And what do I have? A great project and a lot of satisfied RAs. I don’t mean to make it sound simple, because it’s not. It’s a lot of hard work managing a team of people. But it’s better than herding cats, or cleaning up after monkeys. 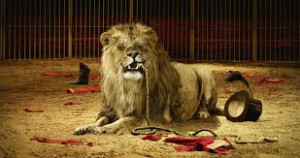 You eat the lion, or the lion eats you?

One comment on “Managing RAs: Helping Them Help You”