Addressy Occasions: On Greetings and Titles in Email

Happy end-of-classes to those of our readership who are teachers, students, and both at the same time! 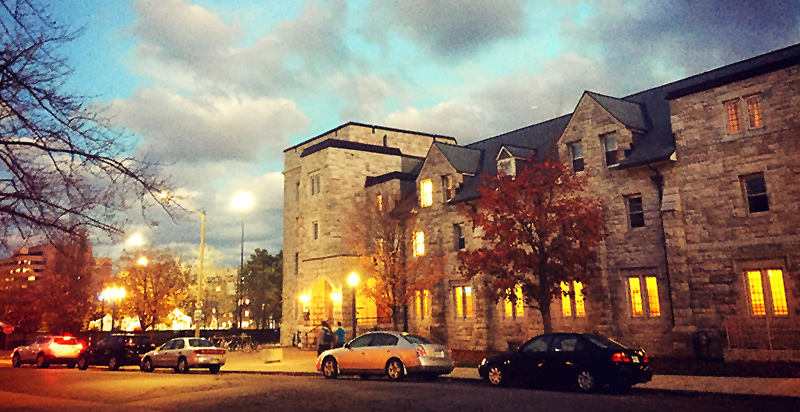 How lovely is this? It’s a cozy time of year on campus. (Photo credit: Ruge Tian, ArtSci ’19)

As you know, we always take a couple of weeks off around the Winter holidays each year, so look forward to another post next week and then a little break, at which time Gradifying will  resume on January 4.

For the past four weeks, we’ve been talking about what it means to be collegial, what it means for your career when you don’t have get connected with the proverbial movers and shakers in your field, and how to make those connections starting from the centre – your supervisor – out. Over the next four weeks, we’ve decided to tackle some topics around teaching, for a few reasons. One is because it’s a time for reflecting on the past semester and preparing for the new one. Another is that we haven’t had a chance to discuss these topics in a while and the ideas are building up some back pressure. And yet another is that for many of us, teaching is what – paradoxically, as researchers – takes up most of our time. But we’re not just thinking about in-classroom practice.

To wit: I’ve been receiving emails from prospective students for my Winter term courses beginning with “Hey there…” and I have struggled to find a way to respond with both understanding and professional guidance. I think it’s very few times that somebody flouts conventions just because they want to. Norms are powerful! (There’s lots of fascinating ethnography on the topic, actually). Mostly it’s just that we only learn where the boundaries are once we bump into them, and we’re actually trusting each other to let us know when we’ve made missteps. Otherwise we bump blithely on. (It’s a little like the dilemma about letting someone know they have food on their face vs. saving yourself and them the immediate embarrassment of pointing it out). 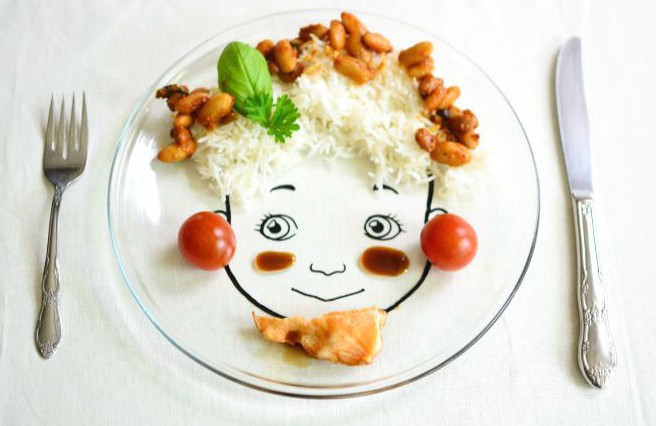 Oh, wait…this is having a face on your food. I got that backwards. (Photo from Liska Myers
of adventure-in-a-box).

It took me some time chatting with colleagues, searching the Internet, and writing email drafts before I settled on a solution. So I want to save you readers the time I spent by sharing the strategy I’ve adopted for addressing these professional communication failures with students.

Now when I get those messages, I address the student’s question and, before signing off with the mode of address I think is appropriate to our relationship, I add a paragraph at the end that says:

On an unrelated note, I wanted to bring up a minor issue that is common among many undergraduate students in terms of student-professor communication: take a look at this link. Just some helpful information that will benefit really any of your professional communication going forward.

That link goes to a fairly recent Slate article by Rebecca Schuman hilariously entitled “That’s ‘Doctor Instructor’ to You,” with the subheading that sums it up “In the Adjunctified University, What to Call Professors is More Confusing than Ever.” Herself (then) an adjunct assistant professor, Schuman (that’s Dr. Schuman) recognizes that the confusion around the, uh, preferred nomenclature has to do with issues of institutional power, really from every angle. 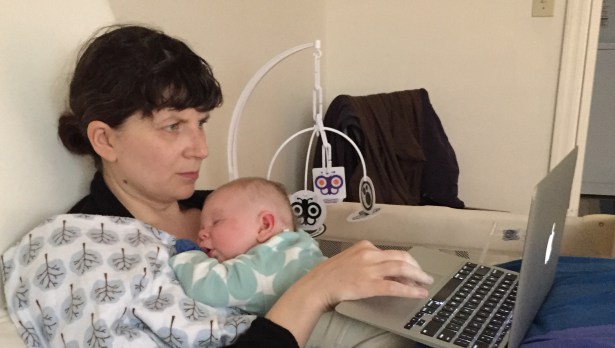 Schuman’s profile photo from her blog called “Pan Kisses Kafka.” I appreciate that she consented to show readers what she actually looks like – and what I think most of our expressions look like – while on the job.

For instance, a person like myself wants to maintain some professional distance from their students so we are all as free as possible to play our institutional roles, so I think that in those institutional contexts, proper titling is valuable. And in that context, my title conveys relevant information about who I am – where am I in my training or career? am I contract or continuing faculty, and will I be around to supervise you next year? am I someone whose word will matter in your reference letter? And I personally prefer being called Dr. to Professor because I want to signal the fact that I am only employed on a course-by-course basis. I’m not a professor – I’m an adjunct assistant professor. And so on and so forth.

But as I mention, it’s not just about following conventions of respect in academia. Imagine cold-calling a job with a “hey there” and then just launching right into it. The first piece of advice you’ll encounter in most “how to win interviews and influence managers” type articles is find out the name of the hiring manager or selection chair.

Despite the realities I noted above, there are no doubt elements in and among us that want to say “can’t we keep it a little realer than that? Let’s just be equals.” But when we’re in these relationships of power – webs of precarious employment, giving and receiving grades and recommendations – we’re always already not equals, institutionally speaking. In Schuman’s article, she grapples, too, with the justification for these naming conventions in the first place. Ultimately, she concludes:

If you’re a student and unsure? Err on the side of respect and let them correct you downward. Your professors, adjuncts, instructors, and staff worked hard to get where they are, and it never hurt anyone’s grade to acknowledge that.

And I think that’s true. It never hurts. But I think there’s even a little more to it than that.

A fellow Gradifier and I were talking the other day about how we would call someone on the street if they had, say, dropped their wallet and we wanted to get their attention to return it to them. (Aren’t we honest!) We concluded that we’d probably use an “Excuse me ma’am/sir.” (We struggled to find something that sounded equally personable and gender neutral – English needs to invent or import). This was not for the bare fact of it being a “rule” to address a stranger this way. Rather, it was that because it is convention, this titling was the clearest method we would have at our disposal for signalling that we were ready to treat that person with respect. In other words, ready to enter an interaction with courteous behaviours the other person could predict and count on.

Notice that I’m not saying the title is the respect. The title is just the conversational equivalent of the umpire saying “play ball!” Ball, with rules and sporting conduct. And that’s what I think is really at the core of acknowledging someone’s title in a particular context. It opens an interaction on the grounds that I’m willing to giving you due deference as I get to know your abilities, qualities, and achievements. 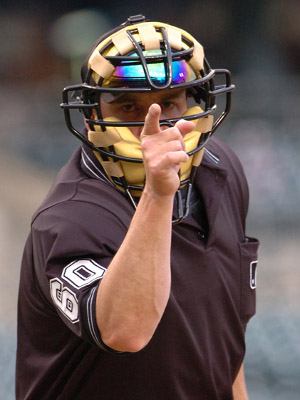 Pointing is actually a sign of respect in his line of work.

I’m sure there are many different opinions on this issue that are informed by thoughtful and important points of view that aren’t represented here. I myself used to reject titles as trappings of a hierarchy I didn’t want any part of. But I’ve come to relish having bits of a script for smooth social interactions wherever I can.

Stay tuned in the coming weeks for more teaching topics that could range from:

And as always, let us know what you’d like to hear about in the comments below!

One comment on “Addressy Occasions: On Greetings and Titles in Email”