Transitioning From Student Life to the Workforce

With the winter term over and the world transitioning from spring to summer, some are preparing for a welcomed transition from graduate studenthood to the workforce. I have recently had the good fortune to sit down with a colleague and close friend as he prepares to defend his dissertation this month and then trade his book bag for a briefcase. Alex Chernoff is finishing his PhD in Economics and beginning as a Senior Economist for the Bank of Canada in August. Over our many years of friendship, Alex has always amazed me with a level of thoughtful contemplation that has allowed him to consistently move through his endeavours and life’s stages well planned and with composure. In this post, I’d like to share some of his thoughts and experiences as he prepares to enter the workforce.

What skills have you gained during your program that will be applicable to your job?

Alex’s job is closely related to what he’s been researching in graduate school. He has learned a number of quantitative as well as qualitative skills that will serve him well in his new employment. Although there is a research arm in this job, he believes that his focus on building a professional network throughout his graduate career has served him well, and it’s applicable for both academic and non-academic career development. Alex has attended a lot of conferences, and getting to know people in his field has been excellent preparation.

There are as many different ways to approach one’s graduate studies as there are students, but we often fall into one of two broad categories: regular 9-to-5-type hours (with exceptions), or letting work spread throughout all hours of the day and night like an amoeba with acromegaly (with exceptions). Alex has maintained regular working hours throughout. For him, he believes that his biggest change will be his focus on teamwork. “As grad student, you’re a team of one. When you’re in the workforce, people are depending on you.” 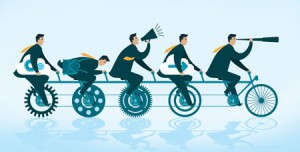 So he finds himself getting ready to work in a team environment. As part of this developing focus, a soon-to-be co-worker of his suggested that he may want to be ready to say ‘yes’ to more things and being opened to try things. In line with Alex’s thinking that “a lot of success is in the way and how quickly you learn”, he’s prepared to learn things that are not necessarily right in his wheelhouse. Overall, he is focusing on being a good colleague, which involves learning skills with competence that are important for his job.

Beyond a single person moving from one city to another, what things have you had to consider in terms of relocating?

In terms of a place to live, Alex is focused on finding a neighbourhood that works for him, his partner, and his kids. At the top of the list was school’s for his kids, and that takes some looking into. Alex likes walking to work, and that’s a personal priority of his.

He also brought up a great point about getting connected with a network outside of work. He says that it’s a good idea to start thinking about things that you want to do outside of work and think about how to connect with people through these. In university, most people are arriving not knowing many people, if anyone at all, so people build socially into their day as an essential component. When going into the workforce it’s a bit different. Your new co-workers already have those networks and sometimes don’t reach out as much. It may be fruitful to think about situating yourself in a community in which you can have easy access to these things. In general, thinking carefully about what you want from a community and setting up your priorities will pay off in spades.

As a closing question, I asked, what has been your most important consideration as you prepare to enter the workforce? What advice would you give someone following in your steps?

“Test the waters before you commit. Making the move to the workforce is already a pretty big transition. Not everything has to happen all at once. Take some time with the other decisions that you have to make. Take some time to enjoy the transitions. Take the time to get to know your city. Before buying a house, get to know some different neighbourhoods.”

Throughout our conversation, I was struck at many points by how much sense Alex’s thoughts made. But an insightful synthesis of research literature or a great interpretation of our data is born out of reflective contemplation. This approach may be yet another skill that transfers from graduate school to, the beyond. (Pull out your crackers. You’ll need them to wipe up some of that cheese..) 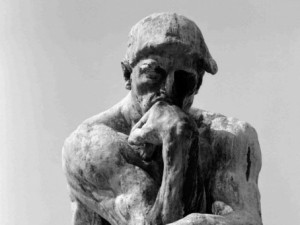