The Anxiety of Group Discussion 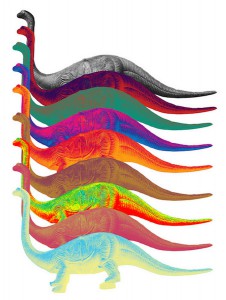 Turning to your neighbors, responding to questions, discussing concepts or difficulties in readings and then voicing your ideas in front of the whole class seem to be a usual scenario for university students doing their coursework. This kind of short, informal group discussion has proved itself productive and inspiring, and it to some extent eases the discomfort of some students before they speak in front of the big class. The instructors also include this part of participation into their grading criteria. However, this ideal curriculum process is not necessarily integrated with everyone’s contribution. And the reason is not just naïve, such as the laziness of some students. Rather, it is sympathetic.

One student from China came to my office a few weeks ago and shared her class experience with me, which totally accorded with my first year’s experience as an international graduate student at Queen’s: “it is too difficult to contribute orally in discussion”, sadly she said, “I did all the readings but I cannot follow the conversation and understand their points”. Language comprehension has been a critical issue for most new international students in class. Moreover, study has shown that international students has been facing not only linguistic challenge, but also including those of understanding lectures, participating in classroom discussion, developing language skills in socio-academic contexts and time for reading and writing. Like these students, I felt “stupid” when I inadequately addressed myself to the class. We could be frustrated to the core when we fail to equally present ourselves compared to the others. 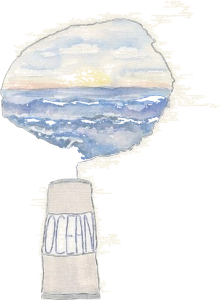 Not merely English-as-second-language students experience anxiety in group works, domestic student might as well. When I worked as a teaching assistant for an undergraduate class, I found some students were more capable of presenting their ideas while some of them had a hard time clarifying themselves and thus tended to be withdrawal or less active. One student had told me that she suffered panic attack when she thought of speaking in class. Therefore, participating in class discussion would not as simple as some might imagine, that one or few just go ahead and throw out whatever across their minds. Instead, it asks for communication, interpersonal, analytical and problem-solving skills that students might not get in first place, especially these skills could be socio-academically contextual.

But that doesn’t mean nothing can be done to narrow the gap. As one of the students who had been through this, I would like to share my experience on overcoming shame, incomprehension and information overload in the mid of class and discussion.

Do not hesitate to ask the instructor about the expectation on the group discussion. What’s the goal of discussion, how one’s performance is evaluated, etc.? It is relevant to your grade. And you are more motivated when you know exactly how you get score.

To minimize any contextual misunderstanding, and to learn more perspectives to enhance the understanding, a small group meeting with some of your colleague students is highly recommended. I personally had been benefited from this form of “pre-heat”. In the group, students will share their initial thoughts and questions towards the readings, and everyone has the opportunity to get answered. By utilizing such an activity, you will be more comfortable when arriving in the class in a new week. If a group meeting is not set up, take initiative and invite your colleagues!

It is not rare to see there is one or a few “dominant speakers” in groups. Remember speaking in front of group is no different from speaking in front of any other public occasions. It is a form of presenting, and even marketing of yourself. You, as me, want to be recognized through sharing and responding to the group members. Therefore, when someone is talking, you can take down notes that spark your thoughts and comments. And then in right timing, raise your hand to indicate that you have something to follow up. Usually people will stop or anticipate you as the next speak person. Now it is your turn!

It is no way easy to accomplish such a milestone. I remember how much courage it took for me to speak those unorganized sentences in front of my intellectual classmates. But you can never move on without feeling embarrassing and thus feeling a bit of progress every time. If the road to success is like a puzzle, no matter how broken you have made your pieces, you are walking further and further.