Something a little DIFFerent: The Diversity & Inclusion Film Festival

For this week’s Gradifying post I’ve decided to talk to the Society of Graduate and Professional Student (SGPS)’s International Commissioner, Atul Jaiswal, to hear more about an exciting event coming up – the Diversity & Inclusion Film Festival, and learn more about the experiences of international graduate students at Queen’s University. Here’s our conversation! 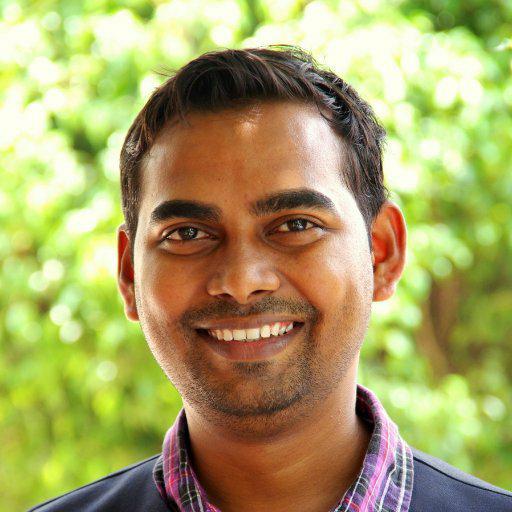 Hi Atul! Do you mind introducing yourself to the Gradifying readers?

In your opinion, what are some of the biggest issues facing graduate international students at Queen’s?

Based on my experience of interacting with many international graduate students on campus, I would say that meeting academic expectations at Queen’s and adapting to the new academic and social culture are the main issues that the students face. Things become even more difficult if the students have English as a second language and they also face language barrier in expression that could hamper their journey of academic achievements. Many of them also expressed financial barriers and wanted to do some part-time jobs to meet their living expenses.

What are some of the events we might have seen this past year that you helped organize?

I would like to say here that I could see there is a campus-wide emphasis and increased efforts to provide adequate services and supports to international students by resources stated above. In my opinion, there is also an increased uptake of such events or workshops by the international students on campus. My intent to organize events/workshops to help international students is focused on concerns highlighted above and also doing a check that I am duplicating the work done by someone else on campus. Rather my approach in the past year was to work in collaboration with QUIC, SGS, Career Services, Student Academic Success Services, SGPS Academic Advisors and develop a well-crafted workshop/event catering to the customized needs of international graduate students on campus. Hence, some of the main workshops we organized were in collaboration and were on the topic of Work-study programs – finding jobs on and off campus, editing research work in Canadian academic context, and finding jobs after graduating from Queens.

Some of the events we organized to build the connections between international and domestic students were social events such as SGPS Boat Cruise, Grizzly Grill Pool and Social, Thanksgiving Social, International Trivia Night, Winter Holidays Social, and upcoming one is “Diversity and Inclusion Film Festival” from March 20-28, 2018. I am very fortunate to have amazing support from SGPS Director, Executives, Other Commissioners and Deputy Commissioners in organizing these activities. Khulud Baig, Deputy Commissioner – International, has been phenomenal in planning and making all these events happen with the support from other SGPS commissioners. 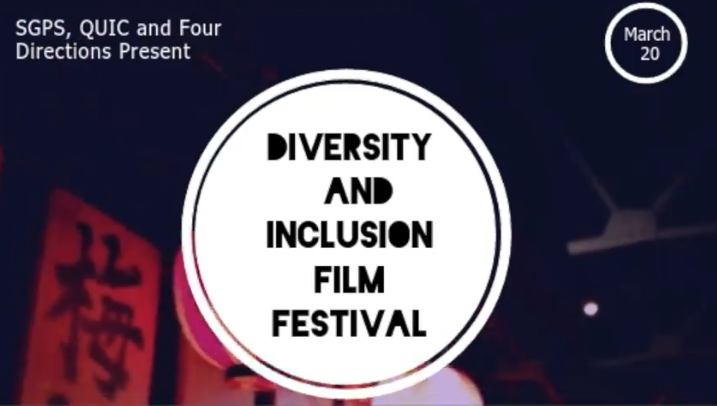 Can you tell us more about the Diversity and Inclusion Film Festival (DIFF)?

To strengthen the connections between the domestic and international students, we call for a project “Diversity and Inclusion Film Festival” where we will be screening films from different regions of the world through an entire week (March 20-28) and each film screening will be accompanied by a panel discussion led by students’ facilitators from the same region to engage audience on the cultural understanding. We intend to use movies as a tool to showcase the culture unique to the specific region and how people could appreciate each other’s culture and start accepting and including everyone.

To begin with, we are starting with the launch session of the event that would be catered to highlight the unique features of indigenous culture in Canada. This event is planned in collaboration with QUIC and Four Directions and supported by all SGPS commissioners and other stakeholders (such as student groups and Queen’s diversity and Inclusion coordinator – Vanessa Yzaguirre) to make the event successful.

Why do you think this event is an important one?

We believe that this event may start the conversations around the importance of each culture that the students from different parts of the world bring on campus. A good way to articulate this in my own words – “One cannot appreciate the beauty of rainbow until one understands the importance of each colour in making the rainbow possible”. Similarly, on campus, once we start appreciating other person’s culture, we would be more respectful and accepting towards them and then the doors would be more open to share and learn from each other. We, then, will become more empathetic, sensitive, and caring for each other. In doing so we will complement the University’s efforts towards promoting diversity and inclusion on campus. More importantly, it would make international students feel more accepted and would strengthen the bonds between the domestic and international students on campus.

That’s a great aim! What movies are you looking forward to the most?

The Diversity and Inclusion Film Festival (DIFF) is a one-of-its-kind event, weaving stories from various places around the world, right here at Queen’s. The Film schedule looks like this:

Those sound great! Where can we find information about the event?

Thanks Atul for taking the time to talk to us today and for the work you do creating community for international students! If any of you have suggestions about future films that might be worth featuring, feel free to join the conversation at the facebook group SGPS at Queen’s – International Student Affairs or leave a comment here.

4 comments on “Something a little DIFFerent: The Diversity & Inclusion Film Festival”