Views of Campus: A Proposal 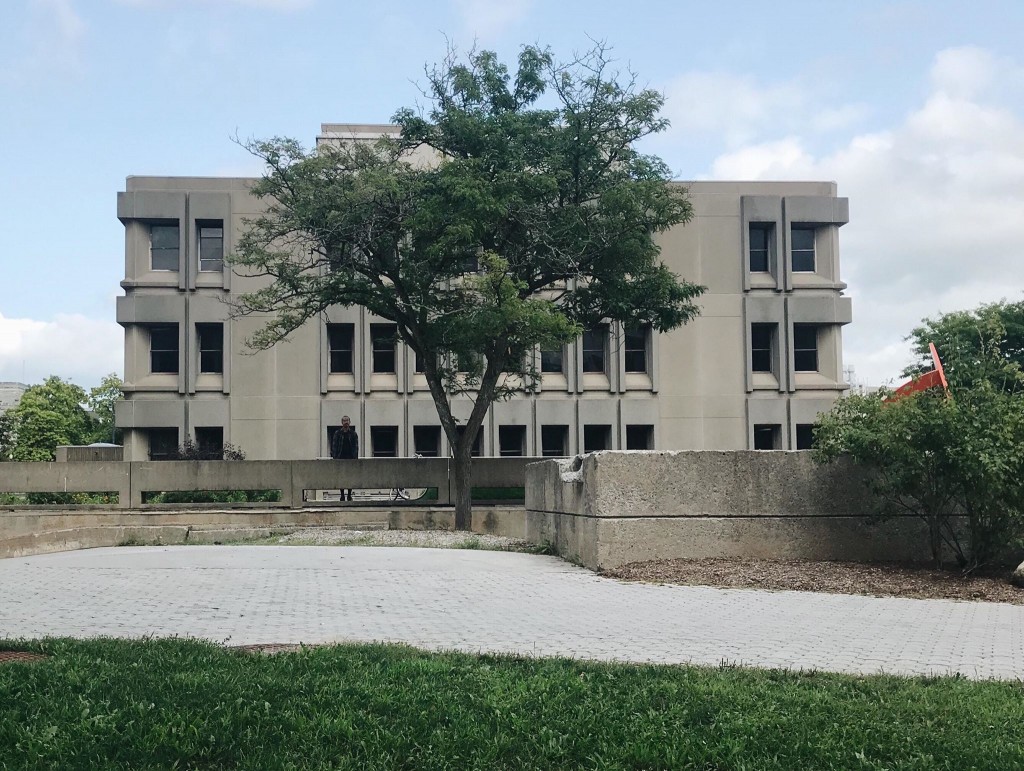 On my way to Harrison-LeCaine, having left the main stretch of University and slipped between Jeffery and Ellis, I came to a small plaza—unnamed, an extension of Jeffery, identified mostly with the orange-and-black steel sculpture that is its visual anchor.[1] The space was not a revelation (I’d walked through it many times before). But that day I slowed my pace and, despite the humidity that has been an unpleasant but reliable companion this summer, eventually stopped. I had no particular objective, nor did an incipient writing project come to mind. I was just looking. 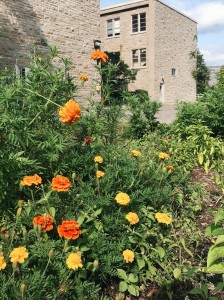 What first caught my eye: a planting bed whose usual mix of greenery had been replaced by a sloped cricket pitch, another with a schematic of a house rendered in grass and marigolds, and two more, planted with rows of vegetables—carrots, beets, tomatoes, peppers—and a patch of wildflowers.[2] They held my attention, sharing it sparingly with the adjacent facades, which had, in a reversal, become their foil. Jeffery, in particular, played its role nicely, its surface appearing subtle shades warmer in places for their proximity to shadows cast by the uniform hooded windows, and the effect all the more apparent for the regularity of the facade. I stayed long enough to make a few notes, with the intuition that there was something of interest to write about here, perhaps disguised at first as banal description; I decided I would return in a few days.

In the time between my first and second visit, I thought about the implications of what I was doing—why am I writing this and what is this about? I had started because of a sense, developed through my academic work, that there is value in paying close attention to spaces, to their material qualities and uses, and that the effort of writing is both documentation and an active way of thinking about spaces. Partly then, this is the beginning of an exercise to write about spaces on campus, with aspirations to specificity, an experiment I’m allowing myself (and inviting interlocutors) to undertake in the midst of “productive” academic work, to see what can come from this kind of writing, this kind of focus on form. The format I’m imagining, and which I’ve briefly demonstrated, may take shape as short entries centered on visits—multiple, possibly—to specific physical spaces on campus.[3] Already, I’ve tried to resist the notion that details, presented with vibrancy and confidence, will lead directly, magically, to a good (complete? satisfying?) approximation of a space; in this, I’ve tried not to prop up the entry with secondary information, including only enough of a reference for readers to find the information on their own. 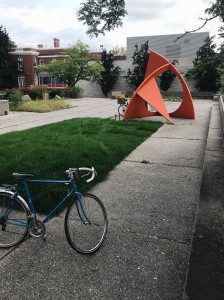 Here I’m also reminded of the 2014 Queen’s Campus Master Plan, which I’d perused while writing this. Under the scrutiny of the report, the plaza I visited is classified as an underutilized site, a designation that means the site is “undeveloped, only partially developed, or contain low density/obsolete buildings that could be redeveloped to perform better.”[4] Along with Jeffery, it is considered a priority candidate for renovations, the basis for which is largely practical. During that second, longer, visit, I watched that very space being used by various university employees on coffee and smoke breaks, by a group playing Pokémon Go (I have since been told that there is a gym in the plaza), as a passageway between campus buildings that students stopped in (to idiomatically, and literally, smell the flowers), as a playground, and also as a spot to talk and rest and write. As I added these to a mental list of its uses that already included “temporary garden” and “public art site,” recounting them out loud, a good friend who was with me at the time remarked that many of these activities were possible precisely because of the site’s “underutilized” character. I also wondered how the report measured use (what metrics were used to differentiate levels of use), and what clandestine, illegible examples were not being accounted for. Pursuing this thought further then, I suspect that the value of giving attention to and describing spaces has at least partly to do with how they might precipitate more imaginative and unexpected uses of spaces unmoored from design and unrestricted by intention.

This is my proposal. It is not clear whether it will garner an audience and my luck may well run out (the writing no longer comes easily) before the project gains any traction. For now though, I am content to keep looking and to stumble through the writing as I find my range, to give my attention when places ask for it and to accept, with gratitude, their invitations to stay a while. 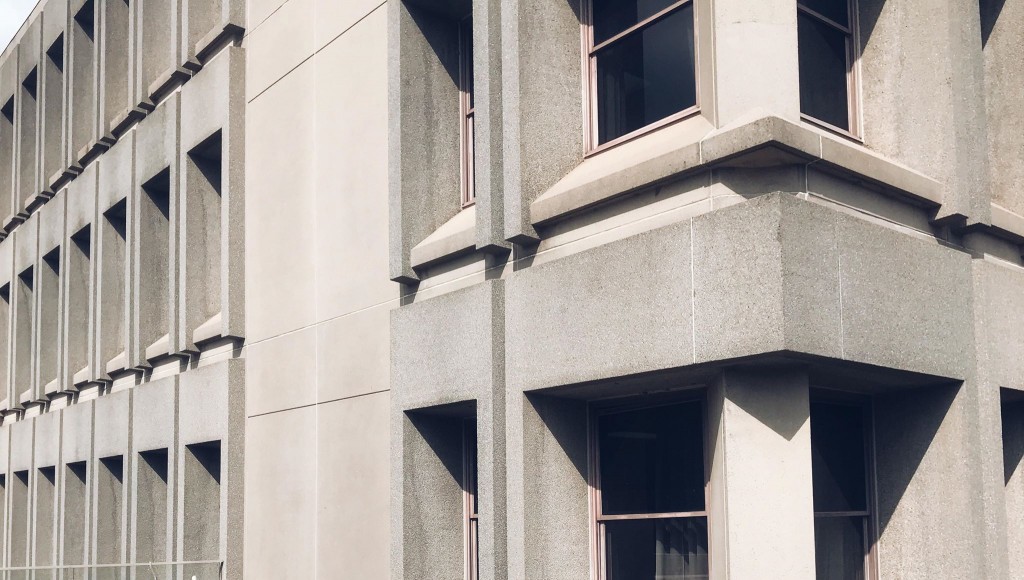 [1] The sculpture is called Pyramidal Structure: ‘Sakarrah,’ commissioned in 1971 from Victor Tolgesy.

[2] From Left Field and The House of Daljinder Kaur respectively are two outdoor installations by artist and Cultural Studies doctoral candidate Sarindar Dhaliwal.

[3] I am swayed by my admiration for the focus T.J. Clark brings to his almost daily entries on the same two Poussin paintings over the course of six-plus months in The Sight of Death, and the insights revealed in this kind of writing.