To all the books I’ve loved before 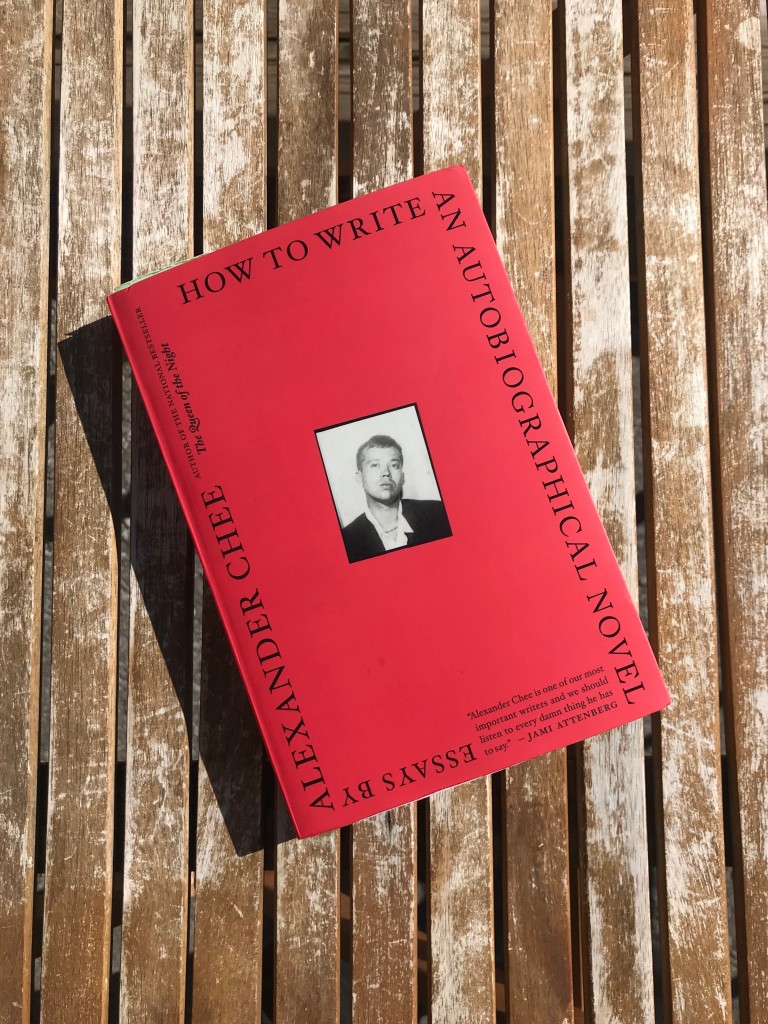 I was partway through Alexander Chee’s new book when, certain of my fondness for it, I started sharing it with friends. One in particular reciprocated with an enthusiasm that both mirrored and, catching as it was, fuelled my own. We debated the essays in How to Write an Autobiographical Novel over coffee, on our way home from a movie, in the middle of a grocery run; we paraphrased paragraphs in conversation as if recounting something a mutual friend had said; we traded passages over texts like gifts. We were both given to keeping our copy of the book close, tucked under an arm or in a bag held tight against the body, I think in part so that we could reliably whip the tome out any time (I was often surprised and always delighted by the theatrics of this) in order to point out, mid-thought, a specific phrase for consideration. The flash of the vermilion cover emerging from a jacket or a tote was a secret gesture, unspoken proof of our membership in a tireless, round-the-clock, two-person book club.

I’d wanted to write a love letter to Alexander Chee and his collection of personal essays, eager as a graduate student for the chance to be unabashed about being moved by an author, to lean into the feelings that come from reading and holding a book which, in sharing a life lived as a grad student, as queer, as a writer, as a lover, as an activist, and as a friend makes my own seem possible. This is not that letter (forthcoming?). Instead, I felt it important to sketch out here some of the ways in which we’ve imagined books, as precipitated by our current obsession, other than as strictly a source of knowledge or object of study.

I think another reason my friend and I both carry this book everywhere is that we instinctively think of some texts as companions. To be clear, I don’t really think of books as alive in some overly precious or anthropomorphic way, or even that doing so is new or ground-breaking, but I do find calling them companions useful for considering how they might be animated enough to, if pursued, attended to, cared for, reciprocate those gestures and affect us in ways both dramatic and subtle. Riffing on Sara Ahmed, we might think of companion texts as works which not only keep us company—that occupy our thoughts and are frequent interlocutors in our conversations—but whose company we find enabling—that might provide resources with which to think something through, offer the feeling of being understood when read, or give you the sense that in going a certain direction you are not alone. It is also our companion texts that often, as material objects, have the most pronounced social dimension (as my friend will insist, this being both a persistent academic interest and a rite of passage for her books). Copies are lent out or gifted, and as they circulate between people, the sociality of their lives might form the basis for part of our own; as these books become well read and tattered, they bear the traces of the many people they’ve passed between, people who have collectively taken care of them and whose lives are now connected in slight but sometimes significant ways.[1]

After reading “The Querent,” one of Chee’s essays about his experiences with Tarot reading and his relationship with the notion of fate, my friend had half-joked that we could practice bibliomancy with all the books we ferry around. If book as crystal ball for the grad student sounds like a stretch, I would argue that some kind of divination is already something we ask of our texts. Chee writes with great admiration for his friend Rachel Pollack, an author and expert on Tarot; more specifically, he is in awe of her powerful mastery of using Tarot as a tool for creative writing and creative thought, as jumping-off points for ideas and insights woven into the present. I, for one, will be the first to flip open a companion text to try to find some template of rhythm when I’m stumped by a sentence I’m writing; to look for comfort and reassurance on a rudderless day; to see, when I reach a mental block, how my ideas relay and play off someone else’s in search of moments that might point the way forward towards other lines of thinking.

A note: please ask to borrow a copy of this book from me if you are interested.

[1] Sara Ahmed, in thinking about how books make communities, writes specifically about how feminist community is shaped by passing books around in Living a Feminist Life.