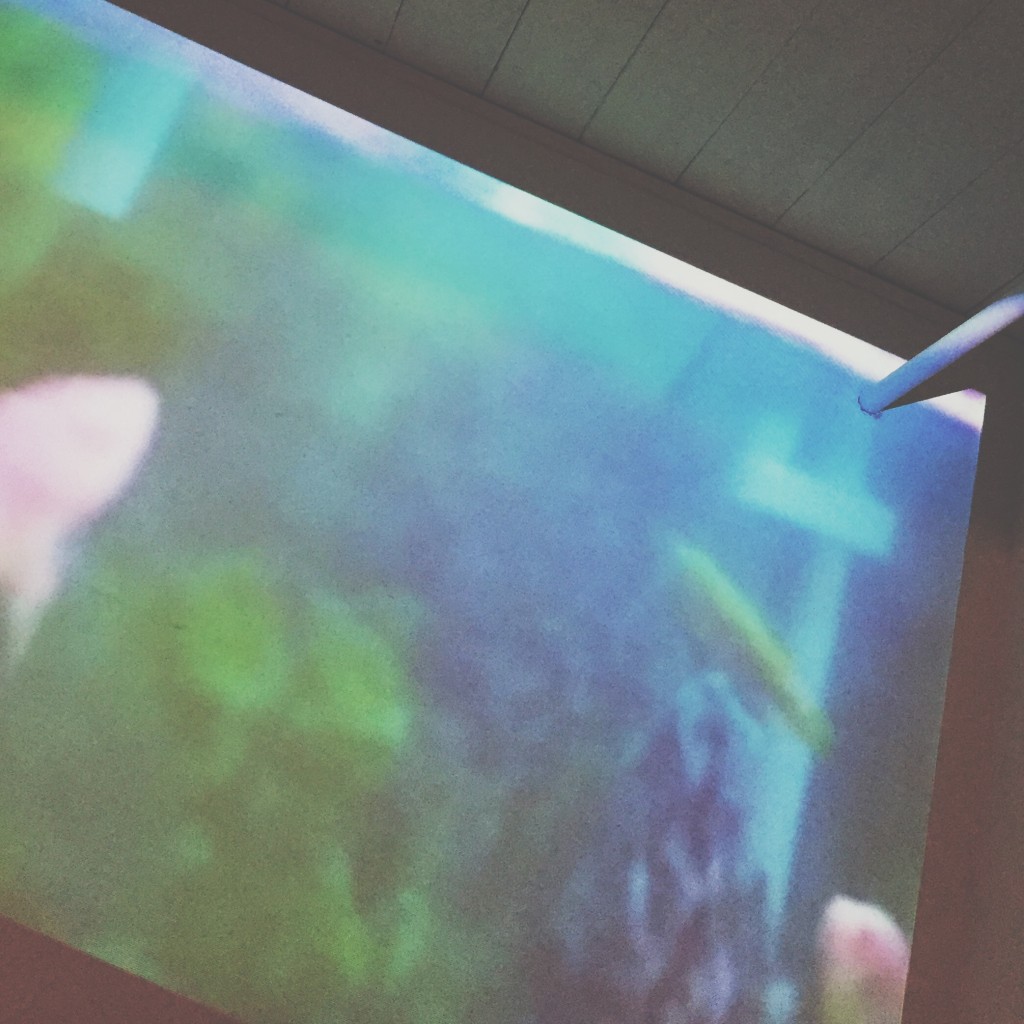 A short conversation with Pierre-Luc Landry, chairperson of the Reelout board of directors, and a professor in the Department of French, Literature, and Culture at RMC:

G H Y: I want to begin by covering some bases (and apologize for starting with a sports metaphor—sorry). Would you please say a little about yourself, what attracted you to join Reelout’s board, and what you’re most excited about for this year’s festival?

Pierre-Luc: I moved to Kingston during the summer of 2015 for work. Before that, I had never heard of the festival; to be honest, I knew very little about Kingston, let alone its queer cultural scene. I attended Reelout’s 17th edition, my first queer film festival, in 2016. I have always been interested in cinema, but I attended the festival as a dilettante—being a prof of literature, my field of expertise is textual. Nevertheless, I am sensitive to and very interested in visual culture, and film as a media has always fascinated me. When I first heard about Reelout, on Facebook probably, I jumped on the occasion: more or less 14 days of queer film screenings seemed too good to be true, but it turned out to be real! Being a newcomer to Kingston, I figured volunteering for the organization would be a good way to meet people, learn about the venues, get involved in the local queer scene, etc. I skimmed the website and found the email to contact the executive director, who invited me to apply for a seat on the board at the next AGM. That’s how it started, in 2016—so only three years ago.

Since then, I realized that Reelout is way more than “just” the annual festival: the organization holds screenings year-round in different locations, fundraisers, parties and special events, and hosts a lending library with more than 500 DVDs and books on queer issues and queer lives. Reelout, thanks to the efforts of Matt Salton, the executive director, breathes queer life into Kingston. For people who are not members of the Queen’s community, the city can seem to be quite “straight” at times… and privileged. Reelout’s focus on marginalized communities and queer communities is something like a solace, for many people.

G H Y: I remember seeing Wong Kar-Wai’s Happy Together at a time when I was still living with my parents (which is to say, living in a bubble of censorship so impressively effective that I would have sworn I didn’t see a single LGBTQ person on our family trip to Los Angeles one summer), at a time when I was starving for queer imagery and representation in media. Seeing two Chinese men intimate and enraptured was a significant moment for me. Years on, I find myself still reflecting on the film’s take on conflict in companionships and domesticity in a queer context. Is there a queer film that you cherish for whatever variety of reasons, or that you find yourself returning to again and again?

P-L: As a child raised in small-town Quebec in the 1990s, I was starving too! I became a pro in “reading into it,” meaning injecting queerness where it was not even suggested. Whenever I saw queer representation in the media, it was of dying gay men during the AIDS crisis, or of queer characters being the butt of the joke. So my “queer” memories are mostly tragic, or those of straight characters I would identify with, queering them through my own reading of the film. Plus, at that time, I didn’t speak English at all and had little to no access to culture—except for free TV channels we would pick up with the antenna, and books I could borrow at the local library. For these reasons, there really is no queer film from my childhood that I could say I cherish. I discovered queer culture a lot later in life.

G H Y: Then is there a film from this year’s festival that you’re most looking forward to seeing or sharing with the Kingston audience?

P-L: This year, Reelout celebrates its 20th anniversary, and the 20th anniversary of the festival, too. It’s the second-largest queer festival in Ontario and the longest-running film festival in Kingston! The program this year includes 116 films, an animation workshop, a cabaret performance, dance, musical, and aerial acrobatic performances, parties, galas, etc. It’s an amazing program, and picking just one event to choose can feel like torture—for that reason, festival passes are cheaper than ever, at $80, while granting access to every single event during the whole festival! That being said, if I had to pick only one film to see, I’d go with Octavio is Dead, by director Sook-Yin Lee, screening on February 2nd—the synopsis promises “a moody and sexually charged supernatural tale,” which, if you ask me, sounds like the perfect evening! That being said, I haven’t seen it yet; I will be attending multiple screenings, allowing myself to be surprised by discovering the work of amazing filmmakers I wouldn’t otherwise have had a chance to be in contact with.

G H Y: This year’s iteration of Reelout is supposed to be the largest yet in scale and scope. As I see it, visibility as a goal of any major event that identifies itself as queer can be a double-edged sword. Visibility for queer individuals is upheld as an ideal for political efficacy, and visibility for the vast ways of being queer can initiate dialogues that work towards the building of solidarity; on the other hand, visibility might be tied to the continued mainstreaming of queerness that prioritizes the legibility and palatability of queer lives over complexity or the potential for radical difference. I’m curious about how these impulses towards visibility and generosity, opacity and refusal were negotiated in the course of putting together this festival.

P-L: This is an excellent question, and Matt Salton, who also acts as artistic director of the festival, could explain how the board of directors, the staff, and the programming committee volunteers are all working towards putting together a festival that is as visible as possible but, above all, inclusive, diverse, respectful, and educational. To answer properly, I want to quote Reelout’s organizational mandate, which will communicate this concern in better words than I could: “Reelout exists to celebrate queer media arts and to contribute to community vitality by programming materials that focus on issues of sexuality, race, culture, religion, class, gender, ability, health and age, thereby purposefully drawing together and initiating challenging dialogue among disparate members of the queer communities in Kingston and the surrounding area as well as between the larger Kingston community and the queer community.” Reelout is definitely intersectional, and when I used the word “educational,” earlier, I meant it in the sense that by bringing media content focusing on such issues and communities “to the masses,” the festival and the organization are raising awareness at the same time as offering representation and visibility for marginalized people. The festival’s audience is extremely diverse; LGBTQIA2S+ people are definitely the main demographic of Reelout, but everyone is welcome to attend any screening. By screening movies focusing on age, gender, race, socioeconomic status, sexual orientation, religion, ability, etc., we are initiating important conversations. Of course we also program a few mainstream queer movies, but as this year’s lineup shows, they are not the most prominent or central part of the festival.

G H Y: I read that in 1999, Reelout’s founder Marney McDiarmid held screenings in the backroom of the city’s only gay bar (at the time), Club 477, to test the viability of a queer film festival in Kingston. With the closing of Shay Foo Foo’s in 2009, there have been no other explicitly queer establishments in the city; instead, this year, several events associated with Reelout will be taking place at local bars such as the Mansion and Tir Nan Nog. The (mis)fortunes of Kingston’s LGBTQ bars/clubs has a fascinating history and has led to discussions about whether spaces that cater primarily to an LGBTQ clientele is necessary or even desirable. In light of this, could you comment on the staging of Reelout events in assumedly “straight” establishments, and the potential temporary “queering” these venues?

P-L: Kingston has a long history, which carries fortunes and misfortunes of so many different kinds, as you said. The choice of a location, in that light, is not anecdotal. Reelout associates only with queer-friendly venues that recognize Canada’s history of oppressing Indigenous peoples, in order to bring the festival to the community. Nevertheless, it’s an ongoing discussion the staff and the board directors are having on the regular. Reelout’s offices are located at HARS, which is in many ways a space catering primarily to LGBTQIA2S+ communities—but not exclusively. We are hosting more events than ever in the multipurpose room at HARS, but for the festival, we have to get out of the office and explore the city’s potentialities. Money is always an issue, of course, but Matt Salton carefully selects the festival venues so they are accessible, inclusive, friendly, and respectful. Queering “straight” venues is also important, in my opinion, because visibility is at stake. We live in a world where public spaces are privatized and policed, where gentrification destroys gathering spaces and communities, where citizenship and agency are restricted to certain demographics. We need to be extremely careful, in these dangerous times, not to let our communities disappear or be erased.