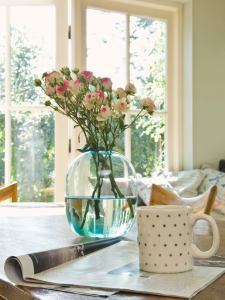 While Kingston is known for having one of the highest restaurants per capita of Canadian cities, it also unfortunately has one of the lowest vacancy rates in Ontario. Many of you may know this from personal experience as finding a place to live can be difficult. Buildings in the neighbourhoods surrounding Queen’s seem to be increasingly made into 6-8 bedroom houses shared by groups of students.  Getting your quiet spot on your own to study can be unrealistic as studio apartments will run you easily upwards of $1000/month for rent. According to the 2018 Housing and Homelessness Report compiled by the City of Kingston and the County of Frontenac, a healthy vacancy rate is around 3%, whereas Kingston is experiencing a 0.6% vacancy rate. Though the city is attempting to rectify this low vacancy rate through various initiatives in the ensuing years (including creating new affordable rental housing units), it still presents an immediate difficulty to Queen’s students and Kingston locals alike. 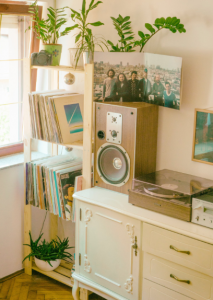 These issues can be further exacerbated for international or out of province students who have to start looking for their place to live from afar. If you can’t check out a place in person, you risk being the subject of a housing scams that unfortunately happen from time to time. When trying to find your future home, your first stop should be the Queen’s Student Community Relations website. Their office will be able to give you confidential advice on off-campus housing, and will be able to explain to you your rights as a tenant and your responsibilities, and the resources available to you for moving in and out (follow their facebook page too if you don’t already! They also host a great drop-off event for things you need to donate at the end of the school year). The Queen’s University International Centre provides a very helpful housing document on their website. 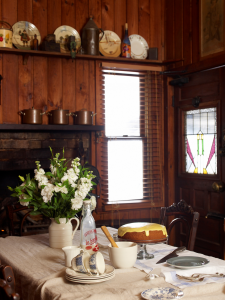 Though it may take some time searching the Facebook housing groups (Queen’s Off-Campus Housing, and Queen’s University Sublet Housing as two options), checking out Kijiji ads, Skyping with potential roommates, and reaching out to friends in the area, there are options and you can hopefully find the place for you. Having lived in Kingston for five years now, I’ve had four different apartments in various areas across the city and wound up making incredible memories in each one. I learned that finding the right place often came down to doing your research, being prepared, having the right timing and ultimately just luck. When I came up to Kingston for my first time to look at houses, I was armed with a list of the numerous places I was visiting that day, a checklist of all the questions I wanted to ask (is there laundry in the building, how many outlets are in my room, what’s included, what isn’t), a camera so I could document every aspect of the house, as well as a list of a couple of ice-breaker questions I had googled on the train trip up that would supposedly make it clear if the person you’re meeting had any ‘red flags’. Looking back now, grilling your potential future roommate to discover if your personality meshes with your own probably isn’t the best approach, but it doesn’t hurt to try to get to know them a little bit in the beginning. 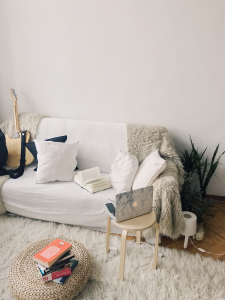 On this short trip I met an upper year PhD student who owned her own home and rented out the other rooms to graduate students. I was instantly enamoured with the place and so I asked my awkward ice breaker “if you were magically transformed into either a lion or a deer, which would you be and why?” I think the reasoning was if they picked lion they were supposedly a natural predatory and someone you should be weary of, but her enthusiastic answer – “even though I’m a vegetarian I would still pick the lion because I’m just obsessed with cats” – told me everything I needed to know, and we bonded immediately. Several years later, I found an incredible summer sublet by the water in a historic little house with two other amazing graduate students that became incredible friends. After that summer came to an end, I left house hunting to the last minute and ended up signing the lease for the tiniest room I’ve ever lived in, inside a sweet little home between the Memorial Centre and Skeleton Park with two other graduate students I hadn’t even met yet. What was another leap of faith, ended up spawning something quite beautiful – our “Bad Movie Appreciation Society” which would involve us and our partners meeting regularly to share the worst movies we could find. These experiences gave me lasting friendships and connections that have shaped my time at Queen’s. Though the apartment search process can be very difficult, there really is hope if you search early enough. I really enjoyed living in various houses during my time in Kingston, but it was the people I lived with who made me feel most at home.

And that’s the last Gradifying post from me for the school year! I hope you all have a great productive summer with many breaks to enjoy the warm weather!