Much work in citizenship theory is connected to the rights and obligations of states and citizens, but the world is also divided into territorial units, each with control over specific places where they exercise jurisdiction. Territorial conflicts and land conflicts (and simply rival land claims) are rife and there are many questions about how these can be resolved and what kinds of claims might be legitimate. Of special interest in this context are the claims of Indigenous peoples, who make claims over land that is also part of the territory of the state, either because the land was unceded or because there is a treaty in place.

Researchers in this Research Cluster are focused on place-related rights and the specific issues (over resources, over jurisdictional control, the drawing of boundaries) which are raised by land claims specifically. The rights of Indigenous people are also included, as many of these – claims to self-determination, claims to land, resources and use – are central to the identity of Indigenous peoples. 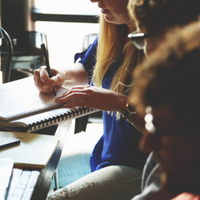 Search Fellows in this Cluster

Listen to the Podcast: Indigenous Land Rights and Reconciliation

This research project involves examines claims for corrective justice in cases where individuals and groups have been expelled from land that they previously occupied.

Learn more about the project