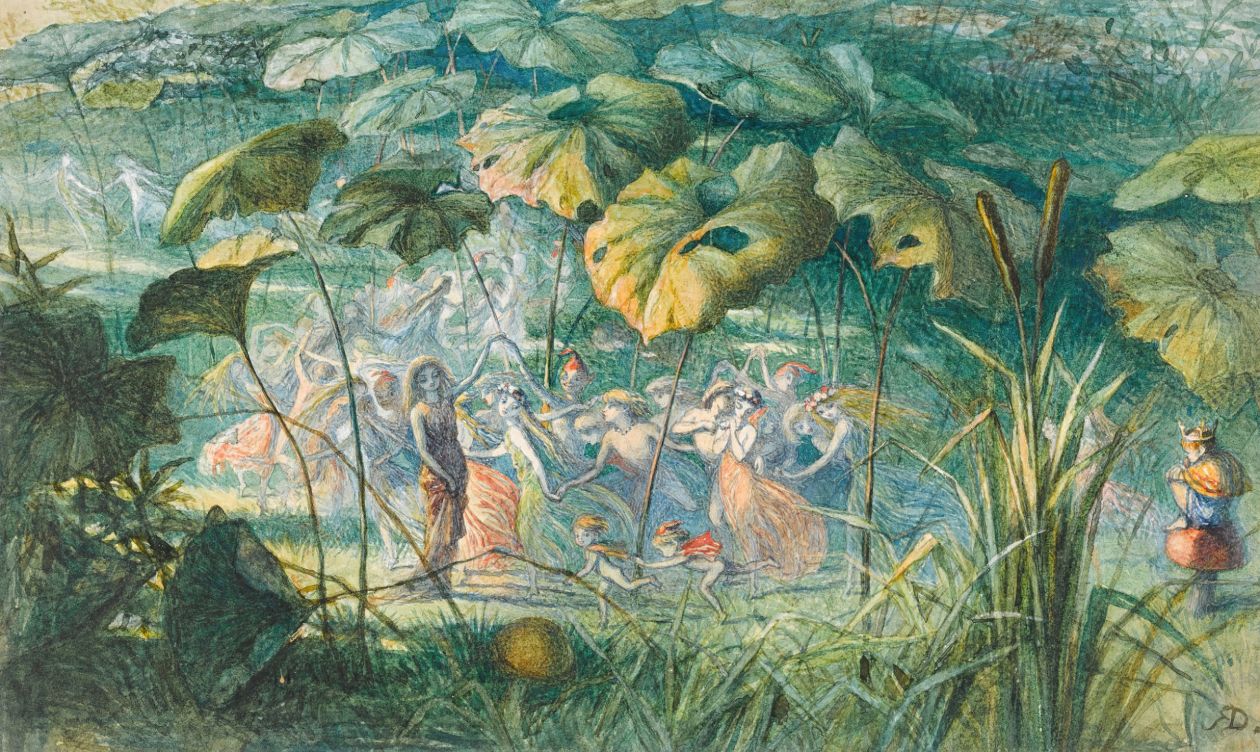 This course will explore the evolution of the literary fairy tale throughout the long nineteenth century.  Setting aside familiar fairy tales derived from well known writers such as Charles Perrault and Jacob and Wilhelm Grimm that continue to circulate widely in contemporary culture, we will instead recover stories that were popular and well received among Victorian readers, yet have faded from twenty-first-century popular culture.

J. R. R. Tolkien reminds us that “the association of children and fairy-stories is an accident of our domestic history.” Accordingly, while many of the works on our course were marketed for or read by young readers, our course is not a study in children’s literature per se.  As Jack Zipes observes, “[the] Victorian fairy-tale writers always had two ideal audiences in mind when they composed their tales–young middle-class readers whose minds and morals they wanted to influence, and adult middle-class readers whose ideas they wanted to challenge and reform.”  Our task will be to explore the role of the literary fairy tale as a vehicle of social discourse and to investigate ways that these stories “[attempted] to mirror modern life in a form remote from reality” and “to deal with modern problems in a mode that is ideal and not imitative,” as Oscar Wilde said of his own tales.

Our study of the emergence of the literary fairy tale, and of the role of the genre as a vehicle of social critique and protest, will allow us opportunity to consider works by such writers as Catherine Sinclair, John Ruskin, George Cruikshank, Charles Dickens, Lewis Carroll, Juliana Horatia Ewing, Maria Louisa Molesworth, Rudyard Kipling, Laurence Housman, and Kenneth Grahame.  Much of the course will focus on readings in Jack Zipes’s Victorian Fairy Tales: The Revolt of the Fairies and Elves, while novels may include George MacDonald’s At the Back of the North Wind, Charles Kingsley’s The Water-Babies, and J. M. Barrie’s Peter and Wendy.  Alongside our investigation of what Wilde described as “studies in prose, put for Romance’s sake into a fanciful form,” we will also consider the periodical press and the expanding book publishing industry that contributed to the rise of the literary fairy tale, as well as the development of book illustration and other visual media that depicted the magical and often dark and unsettling world of Faërie.  Our investigation into the nineteenth-century marketplace and the publishing context of fairy tales will afford us opportunity to examine works by artists such as Richard Doyle, Henry Furniss, William De Morgan, Walter Crane, Arthur Hughes, and Arthur Rackham