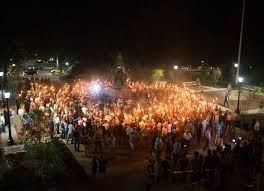 Plague, economic collapse, fickle authoritarian rulers, popular unrest, religious fundamentalism, and conspiracy theories are not new in the study of Jewish history. “Antisemitism,” first coined in the nineteenth century, is an amorphous term that encompasses a wide range of earlier and contemporary phenomena, blurring different causes and effects, historiographic interpretations, and political motivations. Historians working in many fields of history have developed analytical paradigms that can be applied to the study of “antisemitism,” and “antisemitism” provides a test of these models for past and current events: the paranoid style in politics, crisis of rising expectations, messianic deprivation, culture code, and boundary formation. We will locate “antisemitism,” in a multi-causal model of studying historical phenomena, religious, economic, social, political, and racial, as we examine changes in the phenomenon during early and medieval Christiandom, early Islam, the Renaissance and Reformation, the Enlightenment, nineteenth century nationalism, the Holocaust, the modern Middle East, Zionism, the State of Israel, and careful reading of today’s news reports. This course will not present a single explanation for “antisemitism,” raise consciousness about it, or help end it, or similar scourges, but it will provide historical models for reading history and dealing with competing explanations, which are not always satisfying.