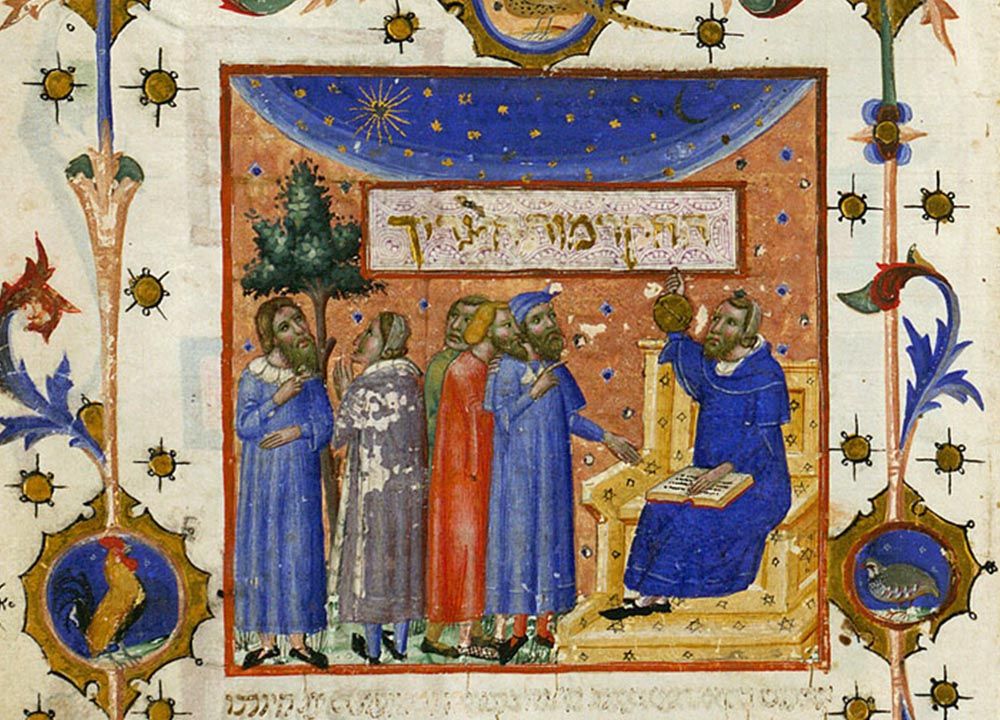 A page from a 14th-century manuscript of the Guide for the Perplexed in Hebrew, Maimonides

This course explores the intellectual history of Jews and Muslims and the intersections of their philosophical, theological, literary and religious cultures and traditions from late antiquity to modern times. In particular, the course is interested in philosophical fictions that stage interreligious dialogues, thought experiments, creative imaginings and visions to explore fundamental questions about human experience, knowledge, the cosmos, salvation and earthly history, the relationships to animals and nature, and divine truth.  It will involve close reading of such texts ranging from scripture/exegetical tracts to mystical treatises, polemical disputes, and philosophical dialogues, while appreciating the contexts and spaces of Jewish-Muslim thought in the learned circles of cities like Baghdad and Berlin, Cairo and Cordoba,  Palermo and Paris, and of course Jerusalem. Seminar discussion in our collaborative study will be crucial and depend upon short writing assignments. There will also be the opportunity to explore a sustained problem or issue historically and philosophically in a final project.

May be offered jointly with HIST 831.