History and Modern Conscience: Evidence from the British Empire

All attendees must complete the Queen's SeQure App in advance of the event and must wear ASTM F2100 Level 2 medical-grade masks while indoors on campus.

This talk examines the historical discipline's role in the history of empire: how history emerged in the modern period as a system of ethical thought that guided the imperial exercise of British agency. By deferring ethical judgment to the future, historical thinking enabled well-meaning Britons to engage in imperial activities, including the brutal repression of colonial resistance, with mostly clear consciences. After examining the Enlightenment origins of this story, the talk takes us through a few key episodes in the history of the British empire where historical thinking's uses as an ethical idiom were evident. The talk closes with a brief discussion of how the ethics of historical thought were remade in the era of anticolonialism and decolonization.

Dr. Priya Satia is the Raymond A. Spruance Professor of International History and Professor of History at Stanford University. She is a cultural historian of the material and intellectual infrastructure of the modern world in the age of empire. Her work examines the origins of state institutions, military technologies, and ideas and practices of development in order to understand how the imperial past has shaped the present and how the ethical dilemmas it posed were understood and managed. 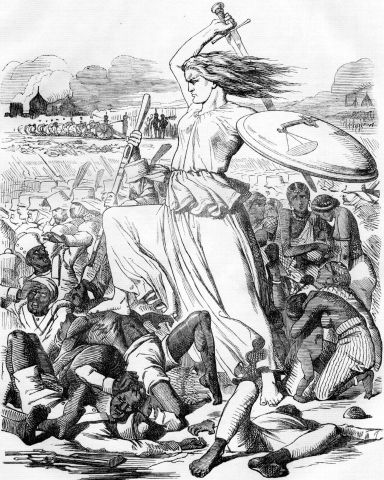