Irish Lumpers: Appetite and Political Economy in Ireland before the Famine

On the eve of the Great Famine (1845-1851), British commentators speculated about the apparently limitless, even freakish appetite of the poorest Irish rural labourers for potatoes. Potatoes were more than a staple for the Irish poor; millions subsisted on potatoes, or potatoes and milk, and nothing else. To many officials and political economists, this total dependence on potatoes symbolised Irish antiquity. The Irish, by these lights, were an atavism in the United Kingdom, a people from another time who needed to be brought into the economic present, through land reform, labour discipline, and fresh injections of English capital. In reality, the potato made possible an endless squeeze on Irish labourers to produce crops for export, mostly to England and Scotland. Rather than insulating Ireland from the risks of nineteenth-century global capitalism, the potato economy left the very poorest workers in the United Kingdom exquisitely vulnerable to the perils of the market.

Padraic X. Scanlan is Assistant Professor in the Centre for Industrial Relations and the Centre for Diaspora & Transnational Studies at the University of Toronto. He is the author of Freedom’s Debtors: British Antislavery in Sierra Leone in the Age of Revolution (Yale, 2017) and Slave Empire: How Slavery Built Modern Britain (Robinson, 2020). He is writing The Irish Question, a history of British land reform and political economy in the era of the Irish Famine to be published by Robinson (UK) and Basic Books (Canada & USA). 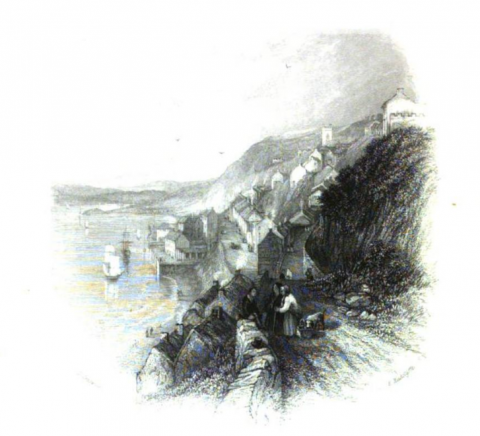