Although the west façade of Wells Cathedral has been carefully studied and its centrality in studies of Gothic art is unquestioned, a series of problems concerning its date, original form and meaning remain. This paper focuses on the archaeology of its central portal, featuring the Coronation of the Virgin. Working from the archaeological evidence, it offers a reconstruction of the portal which leads to a broader consideration of the place of the imagery in British and European medieval art. This informs an exploration of the meanings of the façade as a whole within the context of then current commentaries on the Song of Songs in France and England and the gendering of form in the Gothic period. 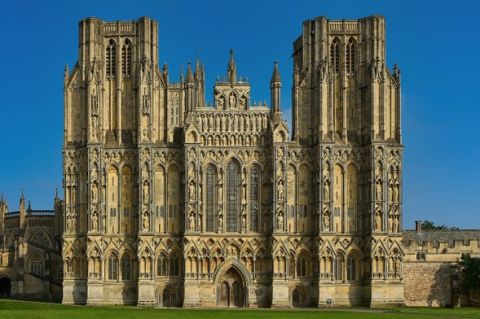