Dr. David Parker has published a new book entitled The Pen, the Sword, and the Law: Dueling and Democracy in Uruguay with McGill-Queen's University Press as part of the publisher's Iberian and Latin American Cultures Series.

The Pen, the Sword, and the Law examines the history of dueling in Uruguay and its connections to democracy and freedom of the press.

When dueling became widespread in early twentieth-century Uruguay, legislators facing this dilemma chose the unique and radical path of legalization. The Pen, the Sword, and the Law explores how the only country in the world to decriminalize dueling managed the tension between these informal but widely accepted “gentlemanly laws” and its own criminal code. The duel, which remained legal until 1992, was meant to ensure civility in politics and decorum in the press, but it often failed to achieve either. Drawing on rich and detailed newspaper reports of duels and challenges, parliamentary debates, legal records, private papers, and interviews, David Parker examines the role of pistols and sabres in shaping the everyday workings of a raucous public sphere. 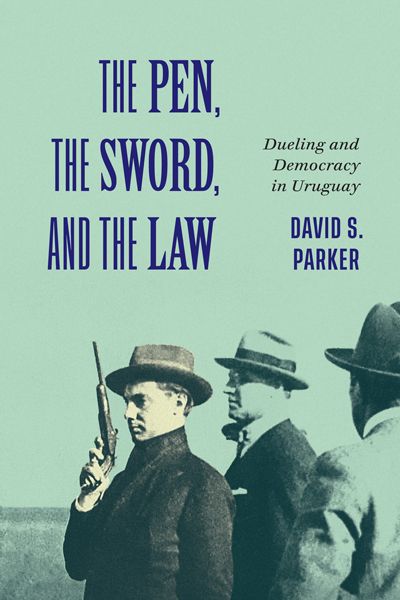