To mark National Day for Truth and Reconciliation (September 30), Dr. Scott Berthelette spoke with MA student Kandice Baptiste about her community-based research project on the history of Kanyen’keha:ka (Mohawk) ironworkers in Tyendinaga Mohawk territory and the importance of centering Indigenous perspectives and experiences in research.

Kandice’s project documents the ways that Kanyen’keha:ka ironworkers have contributed to and continue to advance Kanyen’keha:ka worldview and sovereignty through their trade.

While research and writing have been conducted on the ironworkers from Six Nations of the Grand River and Kahnawake, the contributions of Kanyen’keha:ka ironworkers from Tyendinaga are often left out of the story. Correcting this gap in representation is an important part of Kandice’s work:

Through oral history interviews with ironworkers – many of whom are her family members – Kandice foregrounds the lived experiences and knowledge of people in her community. As she explains,

“We are a story-based people. We rely on stories to pass down knowledge and it is important to then translate those stories into written form. The benefit [of oral history] is that I can capture the stories that haven’t really been recorded and that actually give voice to the community. I think that’s the most important thing: the community and the folks who are doing the work, or have done the work if they’re retired now, should speak for themselves. I don't need to rely on somebody else's interpretation of it, because [the ironworkers] tell it to me themselves. Then I can do my best to honour how they've spoken and record that appropriately in my thesis. The biggest benefit is that the people and community have the power, they have the control.”

By employing this oral history methodology, Kandice emphasizes community knowledge and disrupts the exploitative, extractive practices which are characteristic of anthropological or ethno-historical research on Indigenous communities. By privileging community knowledge, Kandice’s project is, in the words of Scott Berthelette, “putting the historical narrative back into the hands of the [Kanyen’keha:ka] community and the people.”

Kandice sees her project as an intervention in the historiography of Indigenous labour and masculinity. As she explains,

“In the past, folks have written about us academically and in popular culture, like in newspapers and magazines, and portrayed Mohawk ironworkers as stoic and fearless, [which] plays on the ‘savage’ narrative where our men are reckless out there, doing flips on the beams and not caring, because there's an innate or genetic predisposition to dangerous work. There are academics who then have contributed to that narrative, and written about us that way – that our men are irresponsible and thoughtless. For me, my intervention is to write this narrative from our own perspective.

I always think about Rick Hill, from Six Nations, who wrote Skywalkers: a history of Indian ironworkers – the only book that I could find that’s written by Haudenosaunee people about Haudenosaunee ironworkers – and he broke down the word Haudenosaunee into ‘they built long houses.’ That’s what Haudenosaunee means, and so by definition, our language marks us as builders. It’s not like we woke up one day and thought ‘we’ll be ironworkers because it’s dangerous and we’re reckless.’ Ironworking is building on the tradition of building longhouses and building communities, physically, that then we would tear down and take to the next place a long time ago. And there is this re-creation that happens from that time to now. The intervention that I’m trying to make is to remind folks that this history actually starts as far as back we can remember. That’s why it’s so critical for me to bring in Haudenosaunee scholars who aren’t necessarily historians or who write specifically about this topic, because they are the ones who are talking about how we bring in principles from old stories to today. There is cultural continuity ... Ironworkers have been helping us build and rebuild our Confederacy for a long time.”

Kandice Baptiste was born and raised in Tyendinaga Mohawk Territory. Kandice is the Director of the Four Directions Indigenous Student Centre at Queen’s University, and she is currently working on her Master’s degree in History, under the direction of Dr. Scott Berthelette and Dr. Lisa Pasolli. 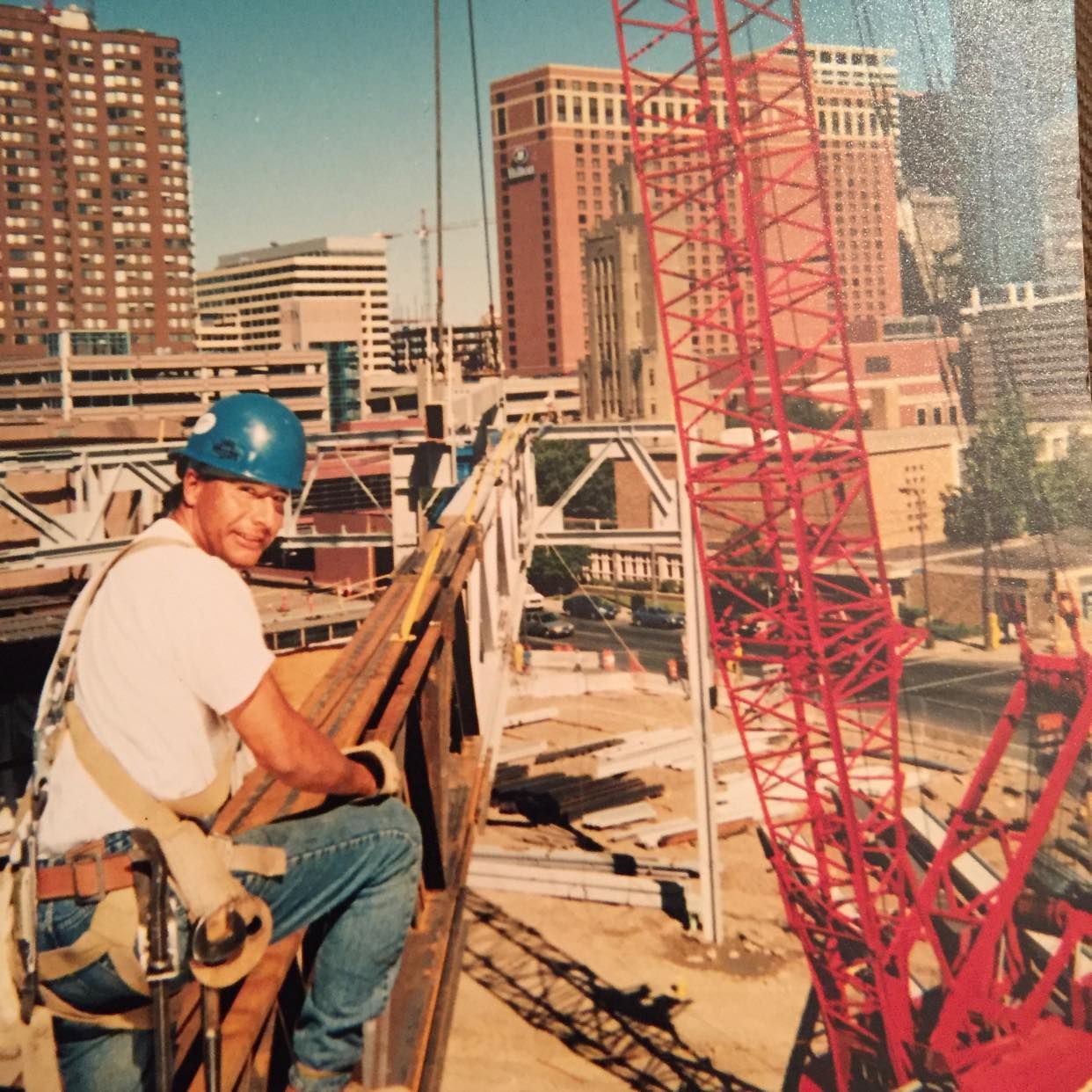