Alanna's research interests include French colonial history, Indigenous history of North America, and social and economic history. Under the supervision of Dr. Nancy van Deusen and Dr. Jane Errington, Alanna's doctoral project builds on research completed for her Master's thesis, which reconstructed the commercial, social, political, and personal connections of four French individuals who lived in Montréal between 1650 and 1750. Her doctoral research examines the larger familial and economic networks created by four French families between 1642 and 1763 to understand the interconnected nature of their lives and interests within the larger context of colonial North American and the Atlantic World.

The Charles J. Watts Fellowship will support Alanna's research at the John Carter Brown Library in Providence, Rhode Island, for three months. The Library is home to a significant collection of maps of North America, the Atlantic World, and individual French outposts and settlements, as well as a variety of French language primary sources, which will play a foundational role in Alanna's research. While in Providence, Alanna will also have the opportunity to work with experts in the field and other fellows, which will provide her with an excellent opportunity to engage with a well-developed and diverse scholarly community within a stimulating research environment. 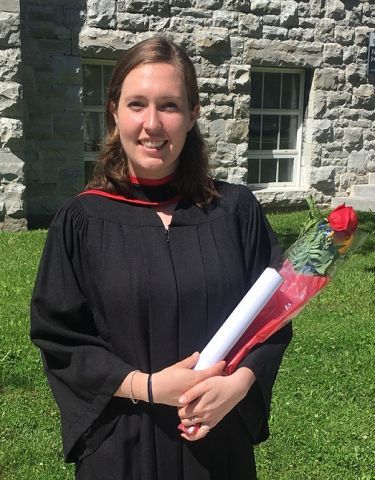