Carli's research focuses on the history of 18th century North America. Specifically, her doctoral project examines how imperial and colonial actors used visual imagery (maps, surveys, sketches, and paintings) to situate themselves in space. She is completing her research under the direction of Dr. Jeffrey McNairn.

Using examples from the British sieges of French Port Royale (1710), Louisbourg (1745 and 1754), and Montreal (1760), Carli considers how space was understood, depicted, and contested in moments of transition between imperial powers and how visualized claims about space were made, transmitted and used by diverse actors across and between empires.

This history of imperialism and colonialism is crucial to understanding contemporary issues of territory and nation-to-nation relationships. As Carli explains,

Current efforts towards reconciliation, which hinges on the consideration and return of land to Indigenous peoples, requires a deeper understanding of how British and French empires saw the space they claimed. Interrogating imperial views of Port Royale, Louisbourg, and Montreal furthers the process of denationalizing these spaces and of deconstructing images of empire that were essential to British and French claims to space in the eighteenth century that have been inherited by present-day Canada. As Canada continues to renegotiate its relationship to the past, I believe that a study that foregrounds visual sources and space can help us better understand how images of imperialism and colonialism contributed to and can now dismantle colonial narratives ... By interrogating views of Port Royale, Louisbourg, and Montreal my research aims to denationalize and re-frame our understandings of these geopolitical spaces. With a better conception of how British and French empires made their territorial claims to authority in the eighteenth century, we are better equipped to dismantle persistent colonial ideologies and respond to calls to return land to Indigenous peoples.

The Faculty of Arts and Science Dean's Awards are awarded to graduate students making important contributions to their fields of study and are based on academic merit.

Congratulations, Carli, on this wonderful achievement! 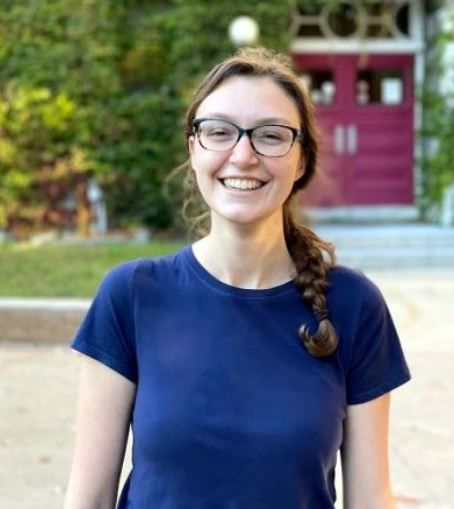