Heirs of an Ambivalent Empire: French-Indigenous Relations and the Rise of the Métis in the Hudson Bay Watershed charts the relationships between French-Canadian fur traders and Indigenous trappers and hunters and the new communities they formed.

Though the Canadiens worked for French colonial authorities, they were not unwavering agents of imperial power. Increasingly they found themselves between two worlds as they built relationships with Indigenous communities, sometimes joining them through adoption or marriage, raising families of their own. The result was an ambivalent empire that grew in fits and starts. It was guided by imperfect information, built upon a contested Indigenous borderland, fragmented by local interests, and periodically neglected by government administrators. Heirs of an Ambivalent Empire explores the lives of the Canadiens who used family and kinship ties to navigate between sovereign Indigenous nations and the French colonial government from the early 1660s to the 1780s.

Acting as cultural intermediaries, the Canadiens made it possible for France to extend its presence into northwest North America. Over time, however, their uncertain relationships with the French colonial state splintered imperial authority, leading to an outcome that few could have foreseen - the emergence of a new Indigenous culture, language, people, and nation: the Métis.

Heirs of an Ambivalent Empire is available for purchase in mid-July and is available through McGill-Queen's Press. 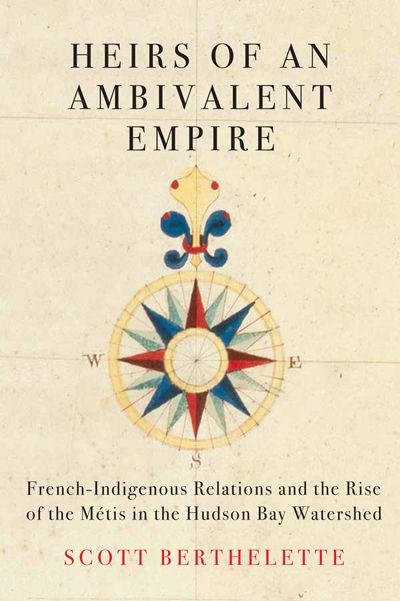