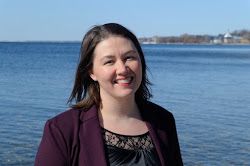 Katelyn is a fifth year PhD candidate and her research interests include Canadian political, legal, and social history in the 20th century. Supervised by Dr. Barrington Walker, her research focuses on the immigration of war criminals into the country after the Second World War and how reactions to their entry have shaped the national project. The debate incited by the entry of war criminals into the country challenged the notion of Canadian identity and sparked debate between various ethnic communities. Concepts of multiculturalism and national identity were crucial concepts that the Commission of Inquiry on War Criminals was forced to address. Her work will focus on a broad analysis of this Commission, from how the past informed the proceedings to how the Commission influenced future actions.