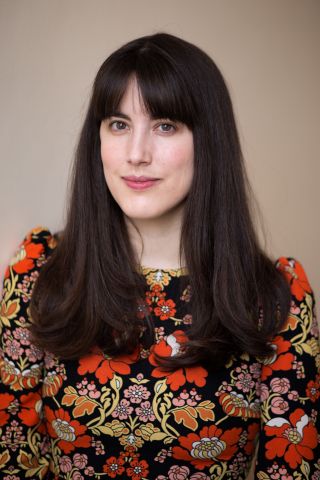 Megan Welton is a medieval historian, whose interests include classical, late antique, and early medieval political thought, the formation and manipulation of memory and rhetoric, and the intersection between the material world and written discourses. In her dissertation, she comparatively examined the political careers of tenth-century queens across the kingdoms of early medieval England and the Ottonian empire, arguing that queens in both realms shaped, and were shaped by, the discourse of political virtue. As a postdoctoral fellow in London (University of Notre Dame (U.S.A.) in England) and Utrecht (Utrecht University), she has delved into the complex discourses of virtue further as she worked on transforming her dissertation into a book manuscript and, as part of the NWO-VICI project, "Citizenship Discourses in the Early Middle Ages, 400-1100" led by Prof. Dr. Els Rose, in a series of book chapters and articles published in such journals as Traditio and Early Medieval Europe. Furthermore, she has organized international conferences, including the "Verbis et Exemplis: Queens, Abbesses and Other Female Rulers in Comparison, 800-1200" conference held in London in 2018, which led to a special issue in Frühmittelalteriche Studien (2022).

At Queens, Megan will conduct research on a new project, "Trials of Virtue: Crisis and Communities in the Early Medieval World, c.400-c.1100.” This project investigates how moments of political and ecological crisis in the early medieval world compelled communities to debate publicly how they should respond to impending disaster. Scholars often have examined virtue as a philosophical and theological concept, divorced from the immediate historical contexts in which debates over correct action occurred. Existing accounts tend to elide the centuries from c.400 to c.1100 entirely, jumping from the late antique bishop Augustine of Hippo directly to the thirteenth-century scholastic Thomas Aquinas. This project pushes past these narrow approaches to launch an innovative investigation into how early medieval communities employed notions of virtue in debates about the correct response to crisis. Building on insights provided by the material turn in medieval studies, this project further challenges prior scholarship by surveying an expansive range of sources, including both written records and material artefacts, that disclose how the discourse of virtue unfolded in the post-Roman kingdoms of western Christendom. Importantly, this project will uncover how processes of construction and shaping of material objects provided non-elite populations with routes to participate in the practice of virtue, particularly in moments of crisis.

“Establishing Just Rule: The Diplomatic Negotiations of the Dominae Imperiales in the Ottonian Succession Crisis of 983-985,” Frühmittelalterliche Studien 55, 315-342, co-written with Dr. Sarah Greer

This article explores how the Ottonian dominae imperiales consolidated their control over the Ottonian empire in the wake of this traumatic dynastic transition caused by the sudden death of Emperor Otto II in 983. It takes as its starting point two diplomas drawn up for Abbess Mathilda of Quedlinburg in the name of the new Emperor Otto III in late January and early February of 985. In order to discern the full extent of the transfer of imperial power in the mid-980s and to interpret the ability of the women involved to access and deploy different resources of power, we address these two problems. This article offers an alternative construction of what the actors involved were trying to achieve, how they interacted in this period, and what other motivations may have led to these two texts being created. It starts by performing a close analysis of the two charters in question. It then examines the relationships between Mathilda, Adelheid and Theophanu, as well as one person who was not present here, but who connected all three and whose presence casts a shadow over all of these events: Otto II. Then, we will turn to a closer reading of the events leading up to these texts, and those that followed it. As a result, these texts can be used to think in much greater depth and detail about a range of important debates, such as dynastic succession, symbolic communication, the access of women to power, and the role of diplomas in political relationships.

This article explores the use of civic discourse in Gildas’ De Excidio Britonum. It argues that such language and imagery functioned within a larger dialectical argument that exhorted readers to choose virtue over vice. Gildas assigned the Britons collective moral agency by styling them citizens (cives) of a shared homeland (patria) defined by cities (civitates). Due to the citizens’ moral failings, however, this urban landscape had been compromised: enemies had destroyed the patria’s cities, rendering it a place of desolation. Only a return to virtue could save the Britons from ruin and grant them access to heavenly Jerusalem.

This article investigates how civic discourse connects the virtue of citizens and the fortunes of cities in a variety of late antique and early medieval sources in the post-Roman west. It reveals how cities assume human qualities through the rhetorical technique of personification and, crucially, the ways in which individuals and communities likewise are described with civic terminology. It also analyzes the ways in which the city and the civic community are made to speak to one another at times of crisis and celebration. By examining a diverse range of sources including epideictic poetry, chronicles, hagiographies, and epigraphic inscriptions, this article addresses multiple modes of late antique and early medieval thought that utilize civic discourse. It first explores how late antique and early medieval authors employed civic discourse in non-urban contexts, including how they conceptualized the interior construction of an individual's mind and soul as a fortified citadel, how they praised ecclesiastical and secular leaders as city structures, and how they extended civic terminology to the preeminently non-urban space of the monastery. The article then examines how personified cities spoke to their citizens and how citizens could join their cities in song through urban procession. Civic encomia and invective further illustrate how medieval authors sought to unify the virtuous conduct of citizens with the ultimate fate of the city's security. The article concludes with a historical and epigraphic case study of two programs of mural construction in ninth-century Rome. Ultimately, this article argues that the repeated and emphatic exhortations to civic virtue provide access to how late antique and early medieval authors sought to intertwine the fate of the city with the conduct of her citizens, in order to persuade their audiences to act in accordance with the precepts of virtue.

This article is Open Access, and can be accessed here: https://muse.jhu.edu/article/774751/summary.