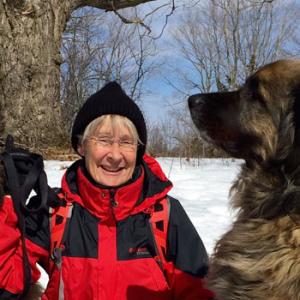 As a graduate student at University of Southern California, Professor Reinholtz worked primarily on Danish, her mother tongue, and the larger group of Mainland Scandinavian languages. She took a special interest in Germanic ‘verb second’ which is the focus of her Doctoral Dissertation, Verb Second, Mood and Operator Licensing. She began to work on Cree when she came to Canada in 1993.

Professor Reinholtz’s primary research areas are syntax, morpho-syntax, and the syntax-semantics interface. Much of her research deals with quantifiers, the syntactic-semantic relations in which they participate, and the functional categories with which they are associated. Her current research deals with polarity items and indefinite pronouns. Other topic areas on which she has worked include hierarchical structure and so-called nonconfigurationality, discontinuous constituents, negation, question formation and clause-typing, focusing particles, and post-nominal demonstratives.