Brady is entering his second year at Queen's, majoring in Bilogy and minoring in Hispanic Studies. He is a recipient of Principal's Scholarship. He became interested in Hispanic cultures because of his friends:

" When I was in high school, many of my friends were from Latin America and they gladly shared their culture with me. From making arepas to watching La casa de papel to listening to Carlos Vives, I was completely enamored by the culture and wanted to learn more! I started with Duolingo alongside analyzing English translations of Spanish music to help me learn, but upon arriving at Queen's I decided to pursue Spanish more seriously by enrolling in SPAN 112. I was very familiar with a lot of the vocabulary and sentence structure mentioned in the course but it truly solidified my grammatical skills and made me a far more confident, eloquent hispanophone.

​I love learning languages and am very passionate about Spanish, so I never found the coursework to be boring or overly challenging. Obviously we all make mistakes as we learn - I make mistakes when speaking English, and it's my first language! Thankfully the instructors in the department are very patient and the success of their students is consistently their first priority, always guiding you instead of chastising you when you make a mistake. I had a lot of fun in SPAN 112 and had the chance to meet a lot of new, like-minded friends. Being in a science program, I wasn't used to having such small class sizes (only around 25 students), but it was a really nice change in pace. Languages are a lot like the sciences, you have predictable rules that have to be followed and every so often there are exceptions - so while a may get a few odd looks for saying I'm a biology major with a Hispanic studies minor, I think the two are more compatible than most think. Spanish gives me a bit of a break from the heavy workload of a science program which I am really grateful for - I don't know how I would have handled first year otherwise! Having knowledge of a Romance language, such as Spanish, is also helpful in memorizing a lot of Latin-derived terminology found in the sciences (think of "corona" meaning "crown"). Spanish allowed me to exercise different ways of thinking, which improved my ability to read critically (looking at minutiae in language to identify a new word) and to draw/retain information from text (very important in biology). 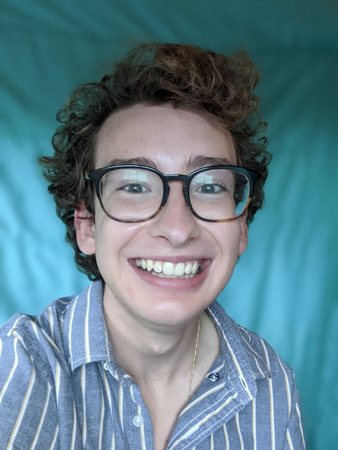 ​Professor Kani was very approachable and happily answered any questions you may have. She was very flexible and accommodating if you were ever under the weather or needed an extension due to extenuating circumstances. She was always available during her office hours if you needed to make up an assignment you missed or needed extra one-on-one help. Professor Kani made everything as easy to understand as possible and made learning fun by designing little games for us.

In first year I joined QSalsa, a salsa dance club, with one of my friends - it was an amazing opportunity to experience Latin American culture in a fun, chill way! QSalsa also offers conversational Spanish sessions, which are a great opportunity to use what you've learned in the classroom in real life. The ARC also runs Zumba classes for free which use a lot of reggaeton in their choreography - I quickly became the lyric translator for my friends!

I hope to go into nursing in the future and I thought that taking Spanish courses would be a great way to build my rapport with patients from all over the Hispanic world. In high school I used to volunteer at a local hospital and one of the major difficulties in patient care the nurses experienced was the language barrier. With many patients feeling alone and vulnerable in the hospital, having someone who speaks their language makes a world of a difference - making patients more likely to be involved in the treatment process and ensuring the best possible outcome."