A better way to fight fire 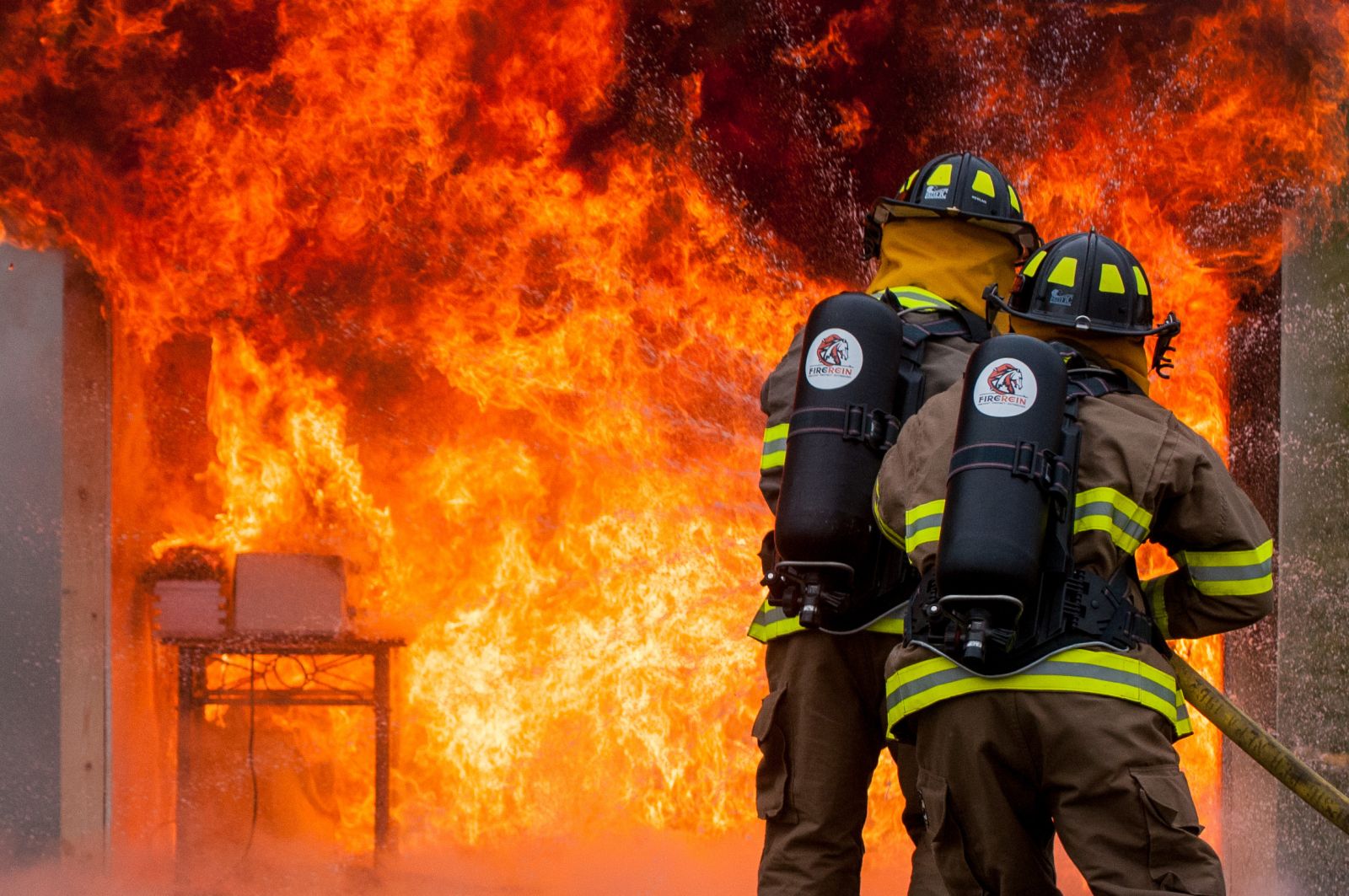 As a volunteer firefighter, Quincy Emmons has learned a thing or two about community. His department defends their community; it is something they have chosen to do. The past few years have taught him that, when he takes off his firefighter’s helmet and puts on his entrepreneur’s cap, he and his company, FireRein, have another community – an innovation community – looking out for them.

Emmons lives in Stone Mills, a township of about 7,000 people north of Napanee. One of the biggest challenges volunteer firefighters face, especially in a rural community like his, is water. When they are called to a barn fire on a remote farm, rural firefighters can’t hook up a hose to a hydrant; they bring their water with them in a tanker truck. You work with what you brought, and heaven help you if run out.

Emmons and a firefighter pal had been toying with better ways to fight fires when they learned about a technology that seemed to tackle this problem, by mixing a chemical with water. By turning water into a sticky gel, “It would take half the water, you normally used,” says Emmons, not only to smother the fire but to cover untouched surfaces and prevent them from catching alight. But the products currently available are chemically nasty (and the runoff from firefighting is an environmental concern) and cannot be pre-mixed with water. Emmons hit on the idea of using an environmentally friendly additive (its exact nature is confidential but it is an agricultural product) and began working on creating a system that would mix it with water on demand – you can’t wait when you’re fighting a fire.

Thanks to a friend with a water business – which gave him access, he says “to trucks, and pumps and hoses,” he was ultimately able to develop a suitcase-sized system that, when a hose was connected to it, would convert water into an effective firefighting gel.. That is the idea behind FireRein. A good idea, but there it might have remained. “I didn’t really understand how to start a business.”

Emmons had worked in the family fund-raising business since his teens – he had in fact dropped out of school to join his uncle in running it. In 2010, their distributors pulled the plug on them and he found himself out of work. What would have appeared as a setback created an opportunity. Determined to get back on his feet, he’d gone back to school in Kingston in 2010. Hearing about his idea for fighting fires, one of his teachers suggested he contact the Kingston Economic Development Corporation.  They had a few suggestions for him. “But the biggest thing,” he says, “was they set up a meeting with Launch Lab,” the Kingston-based group of entrepreneurs dedicated to helping other would-be entrepreneurs get their ideas off the ground.

“This is where we started to take off,” says Emmons. They had hoped to partner with an American gel company to create a delivery system. When that didn’t work out, “Launch Lab introduced us to Patlon Aircraft Industries, our manufacturer.” Launch Lab, and Lennox and Addington Economic Development (L&A) helped them to find a local manufacturer for their gel. L&A’s introduction into Queen’s Industry Partnerships in July 2013 also facilitated numerous student-led research projects in their development path and support through programs in the Smith School of Business. “These combined resources  created a base for us, which we still use.” Then in 2014, he became one of the first entrepreneurs admitted to the GrindSpaceXL Accelerator, then a new program being offered by Queen’s University at Innovation Park, with support from its partners PARTEQ Innovations, Launch Lab and the National Research Council – Industrial Research Assistance Program, and delivered by entrepreneurs with years of startup experience.

“GrindSpace gave me a lot of the tools, the foundation,” says Emmons. “It really helped me focus -- like a laser.” Emmons also highlights Les Magyar, the founder of Infinity Sales Solutions, who provides sales coaching under contract with Queen’s as one of the InnovationXL services offered at Innovation Park to eligible clients. “He got us to identify where we were going to be selling the product. I come from the “just pick up the phone school.” He got us to be a little bit more strategic, to identify all the markets – restaurants, sprinklers, even dust mitigation. I had thought of just firefighting.” And, rather than trying to sell their product directly “to pick focussed distributors to serve those markets.”

“The last meeting we had with Les,” Emmons says, “we realized that we had knocked off a good portion of what he wanted us to do. He got us on the road without us being aware of it.” Emmons also cites Queen’s Industry Partnerships at Innovation Park for introducing FireRein to researchers at Queen’s, and guiding them through the often-fraught business of applying for grants. “I didn’t know the first thing about writing grant applications,” says Emmons. “The Queen’s team was right there for us, and we have raised a lot of money and received support with their help.” Recently, another member of Kingston’s entrepreneurial community has also come through for FireRein – the Southeastern Ontario Angels Network (SOAN). Through SOAN, the FireRein team has exceeded their fund-raising targets.

FireRein is poised to take off. They have patents pending in Canada and have just officially received USDA certification.  They are actively courting suppliers. And, in an example of how the innovation community continues to help them, green energy firm Enviro Innovate, another resident of Innovation Park, has made what Emmons calls “some pretty significant introductions for us” among potential end users. Emmons plans to follow up on these when they have performed additional field-testing. Today FireRein has three full-time employees, but Emmons expects that it could ultimately jump to up to two dozen people. That’ll be a nice shot in the arm for Stone Mills (he figures he’ll draw his trainers from among the ranks of the township’s firefighters) and for Napanee, where the company is headquartered. Halton Hills, the home of Patlon, and Belleville, where Soltex, his gel manufacturer is located, will benefit too. Thanks to the incredible help Emmons and FireRein got from the community of innovators, entrepreneurs and enablers who believed in them, communities across Ontario will also gain

It has been a long haul, says Emmons, “But we wanted to create something that was unique. That’s why it took us so long – fortunately, people have been really patient. Everybody went above and beyond for us.”