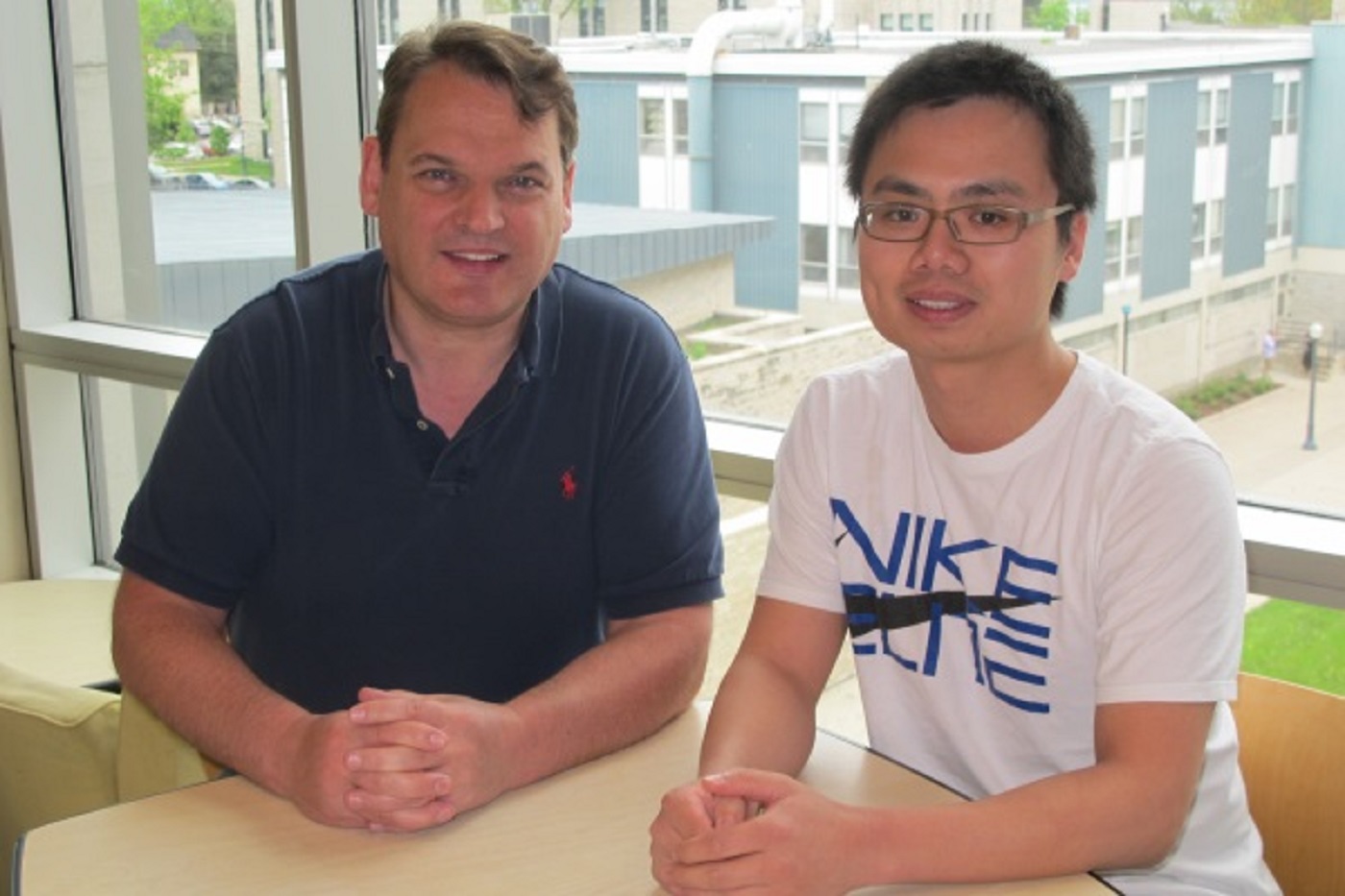 Queen’s University researchers have successfully synthesized the anticancer agent thapsigargin, which could now open the door to the creation of new cancer drugs.

The team of P. Andrew Evans (Chemistry) and his graduate student Dezhi Chen developed an efficient route to thapsigargin in only 12 steps.

“The first successful synthesis of thapsigargin required 42 steps, which was accomplished by at least 10 co-workers over a 10 year period,” says Dr. Evans. “What Dezhi did is impressive by any measure. He devised a new route to this important agent and successfully implemented his idea to complete a 12 step synthesis in only nine months.”

Thapsigargin was isolated from a wild poisonous plant, which is commonly known as the deadly carrot, in 1978. Despite numerous attempts to synthesize, the complexity of the molecule made it very challenging.

A key feature with thapsigargin is that it kills both slow and fast-growth cancer cells by inhibiting an enzyme that controls essential calcium balance inside cells.

With the anticancer drug Mipsagargin entering late-stage clinical trials, Dr. Evans says “it’s estimated that more than one metric ton of thapsigargin will be required per year.”

The prodrug Mipsagargin is being tested for the treatment of some of most challenging cancers, for example liver, brain, kidney and prostate cancer, thereby making it an exciting prospect.

“The efficient synthesis of this molecule is critical as relying on the isolation from a plant growing in the wild is not a sound strategy,” says Dr. Evans.

“The plant is resistant to cultivation in natural or greenhouse conditions, which coupled to the low yielding and tedious isolation makes our approach a timely development.  With our process we can make thapsigargin much more readily available with a more efficient process. We have also opened up this area for the preparation of simplified analogues.”

The research was recently published in Journal of the American Chemical Society and highlighted in Chemical and Engineering News.