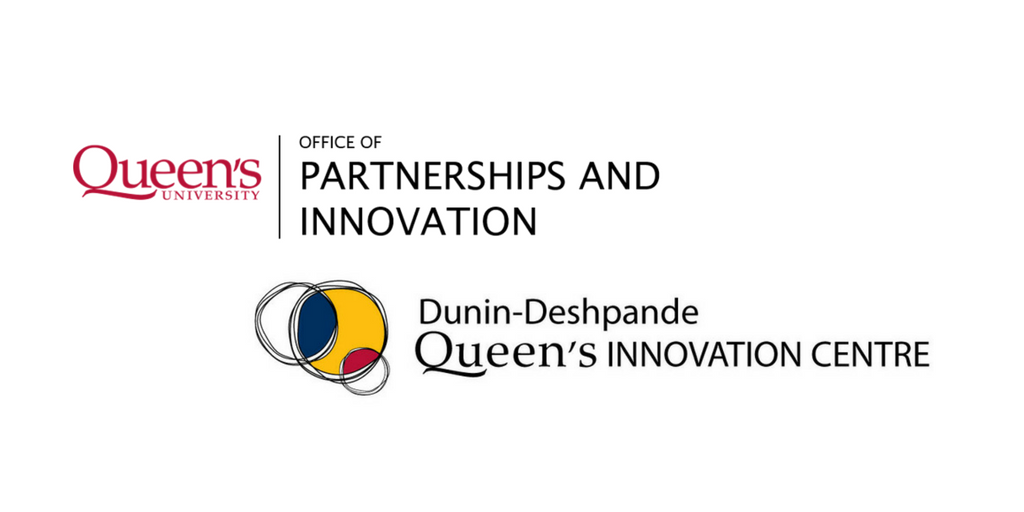 In 2016, a pilot project began and a new venture emerged from Queen’s University; the timing was right for implementing and evaluating a novel strategy for commercializing intellectual property originating from researchers at the university.

In one area of the university, Greg Bavington, Executive Director of the Dunin-Deshpande Queen’s Innovation Centre (formerly the Queen’s Innovation Connector) was benchmarking best practices related to student entrepreneurship programs at other universities within Canada and internationally, while in another area of the university, Ramzi Asfour, Assistant Director of Commercial Development (formerly of PARTEQ) of the Queen’s Office of Partnerships and Innovation (OPI) was working as a technology transfer agent for the university and with numerous researchers at Queen’s to market their new inventions. While working closely with Queen’s Professor Joshua Marshall from the Mining Systems Laboratory, and PhD candidate Marc Gallant (Sc’16), on protecting and commercializing technology, which they developed during a research project and that could analyze a rock face faster and safer than current geotechnical mapping methodologies, Ramzi was also involved with local pitch competitions and was engaged with the Queen’s Innovation Connector Summer Initiative (QICSI).

Seeing the opportunity to bridge the gap in commercializing the intellectual property of researchers, Ramzi approached Greg to determine if a group of entrepreneurial students would be interested in developing a commercial product based on Dr. Marshall’s research. A team of six enthusiastic QICSI students stepped forward to take on the challenge and Ramzi and Greg proceeded to work on a framework to facilitate the interaction between the research team and the QICSI team. These students formed RockMass Technologies, have raised funding through multiple pitch competition wins, and earned a spot in a highly competitive accelerator program in China called HAX.

Following the first successful pilot, Ramzi returned to the QICSI cohort in 2017 to present the research of Chemical Engineering Professors Aris Docoslis and Carlos Escobedo along with doctoral candidate Hannah Dies (MD/PhD ‘21). This time a keen group of five students jumped at the opportunity to work on the project. This student group formed Spectra Plasmonics, which has also experienced success as a result of working with intellectual property developed by the aforementioned Queen’s researchers. In September 2017, Spectra Plasmonics won top place at the Lee Kuan Yew Global Business Plan Competition in Singapore and in December, the company was successful in winning funds from the UPstart Venture Challenge, a competition led by Queen’s Venture Network.

Learnings from these two initiatives have informed the creation and formalization of what is now known as The Foundry Program.

“We have tremendously innovative and talented researchers who conduct leading edge research at Queen’s. The Foundry Program provides us with a new approach and opportunity to commercialize their discoveries through home-grown entrepreneurial talent,” says Mr. Asfour.

Essentially, the Foundry Program pairs students who have entrepreneurial drive and energy with research-based intellectual property with commercial potential through a licensing framework.

After assessing the commercial potential of the researcher’s technology the OPI’s Technology Transfer Unit (OPI-TTU) will initiate the patent protection process, if needed, and then pitch the project opportunity to groups of interested students via the Foundry Program. Facilitated by the OPI-TTU, together with the executive team at the DDQIC, student teams will create a proposal to commercially develop the technology. If the proposal is approved by the Foundry Program advisory committee and research team, an option agreement will be put in place that grants the startup team a short-term limited license to develop the technology and includes milestone targets for the startup team. If the relationship between the startup and the research team is going well under the terms of the option agreement and providing that the startup team achieves the milestones, the OPI-TTU, the researchers, and the new venture can enter into a longer-term license agreement.

What does the OPI-TTU look for in a venture that is putting together a proposal?

“Ideally the team would be comprised of graduating students, but at minimum we would like to see three graduating,” says Mr. Asfour. “What we have realized from our pilot projects is that the new venture requires time to understand and create a business around something that has taken researchers years to develop. This means that the “knowledge transfer” will continue well-beyond the scope of the summer program. It’s imperative that the ventures take this into consideration when developing a relationship with the researchers.”

The opportunity to commercialize their intellectual property through the Foundry Program will allow researchers to more quickly demonstrate the impact and economic relevance of their research, gain industry partnerships for future grant applications, and help researchers further their projects. Moreover, the program creates entrepreneurial opportunities for students with the research lab. In November 2017, RockMass hired Jordan Mitchell, a Queen’s Master’s of Applied Science graduate and former student of Dr. Marshall’s Mining Systems Laboratory.

“To me, finding a way to bring the exceptional research being done by faculty, graduate researchers, and post-doctoral fellows at Queen’s to the world through Queen’s-grown commercial ventures is a wonderful idea. When Ramzi Asfour suggested approaching QICSI with this notion and our IP, we jumped at the opportunity and RockMass Technologies is the result of that initiative,” says Dr. Marshall.  “Now called The Foundry, this model for matching entrepreneurial students with IP developed by Queen’s researchers, leveraged by the financial resources, expertise, and mentoring these students are provided, is surely win-win for both Queen’s and these newly formed partner companies.”

“Due to the success from our first two pilot projects, we’ve expanded the DDQIC summer program to include more Foundry ventures,” says Mr. Bavington. “We’re excited to see what opportunities will be presented to the 2018 cohort and what new ventures will form.”

“The Foundry Program is an excellent example of a collaboration that is fostering entrepreneurial activity, a priority referenced in the Queen’s University Strategic 2014-2019 Framework,” says Jim Banting, Assistant Vice-Principal with the Office of Partnerships and Innovation. “The Program, which is built on a cross-portfolio collaboration, also promotes research innovations, prepares students for careers in entrepreneurship, and may help increase the number of research innovations commercialized for the benefit of the public. We look forward to the future of what this program can do for researchers and the university at large.”

Researchers may approach the Office of Partnerships and Innovation at any time during the year to disclose their intellectual property and discuss the mobilization and potential commercialization of their validated ideas. Researchers interested in having an opportunity to present their discoveries to students participating in the two week QICSI bootcamp in May, should contact Jim Banting by the end of March.