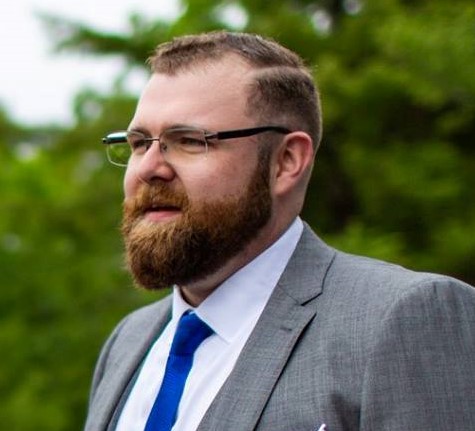 Chris Moffatt Armes began working at Queen’s University in 2015 in the role of Media Relations Officer. In 2017, he joined the Government and Institutional Relations team as an analyst. Before moving to Kingston, Chris worked in Toronto as a political staffer and campaign aide. In 2019, Chris launched PoliTraQ – a CRM web platform to help government relations professionals manage their advocacy data.

Why did you choose Political Studies as a discipline?

Politics has always fascinated me. From a young age, I found myself interested in the political process in action. Political Studies, to me, is the key that helps decipher ‘applied politics.’ It provides the context and the narrative arcs and allows for a much deeper understanding of both the how and the why behind certain policies and positions. From the moment I became aware that this was a field unto itself, there was nothing else I could have seen myself studying.

I initially planned to do my MA right after undergrad, but life kind of got in the way. I instead went to work for a Member of Parliament and ended up bouncing around the (very poorly-paid) world of political staffing for a few years. After my final campaign, my career took a bit of a pivot, and I ended up moving to Kingston in 2015. My office was just across the courtyard from the department, and it slowly planted the idea in my head. Eventually, working so close to one of the top Political Studies departments in the country made it a matter of “if not now, then when?” In retrospect, I’m really glad I didn’t end up taking that first opportunity!

What was the focus of your research as a graduate student?

My research focus was on gender and political messaging. Specifically, I looked at whether there were discernible differences in how women and men running for ideologically right-wing parties describe themselves, the issues each choose to highlight in their campaigns, and whether these differences impact their probability of getting elected.

How did your experience as a graduate student in the Department of Political Studies at Queen’s inform or relate to your career path?

I’d say the greatest impact on my career has been the research and data analysis skillset picked up during my MRP. The skills honed during my MA now enable me to conduct deeper analysis of legislative or policy documents, collect and process a wider array of information, and more-clearly communicate these details to key decision-makers within the organization.

What advice would you give to students who have recently completed graduate work?

To an employer, the exact topic and focus of your research may not be as important as the skillset you acquired in the process. Make sure you’re able to communicate the transferrable skillset you’ve acquired at least as clearly as the domain-specific knowledge.

What are your best memories from your time in the Department of Political Studies at Queen’s?

If I have to pick a top three:

Honestly though, there were just too many to choose. Even during its most challenging times, the program really reminded me why I enjoy politics so much, and I will always be grateful for that.