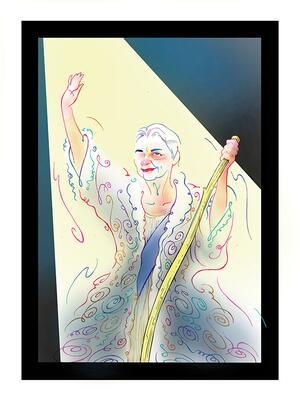 Recently, I drove over two hours to attend the memorial service for a woman I’d never met. I made my decision at midnight, only hours before I left. It was an impulse, a whim, or so I thought. Then, while driving through southern Ontario, I realized it was neither. Some friends of mine were in their final stages of terminal diseases, and others had already died. I couldn’t make sense of it all, so I hoped the words of some great playwrights and the woman who had articulated them for decades might help me understand. The woman’s name was Martha Henry …

Ken Harvey is the author of two award-winning books: a short story collection (If You Were With Me Everything Would Be All Right) and a memoir (A Passionate Engagement). He has been published in over twenty literary magazines and has read his work on National Public Radio in the United States. His new novel, The Book of Casey Adair, was recently published by the University of Wisconsin Press. He lives in Toronto with his husband and his basset hound, Lily Tomlin.