Norman McLeod Rogers – He Might Have Been Prime Minister

The story of a short but distinguished political life, written by his brother David Rogers and edited by Barry Cahill 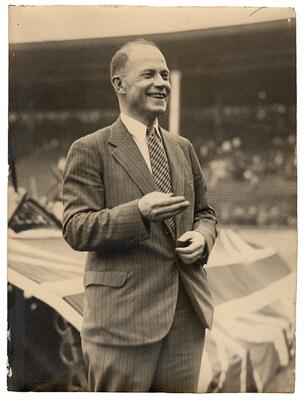 This unpublished manuscript by the youngest brother of Norman McLeod Rogers was a pièce d’occasion, written to commemorate the 25th anniversary of the death of the Canadian statesman, June 10, 1965. David Barss Rogers (1899–1967) was a prominent journalist and newspaper editor who served as president of the Canadian Press. The work was submitted to, accepted by, and scheduled to be published in Fredericton’s Atlantic Advocate in October 1966 but, for reasons which remain unclear to this day, it was not. What follows is a corrected and abridged version of the rough-draft typescript found among the papers of Norman McLeod Rogers.

Copyright © 2021 Estate of David B. Rogers. All Rights Reserved.

Barry Cahill is an independent historian in Halifax. His biography of J.L. Ilsley was published in November 2021. His biography of Norman McLeod Rogers is forthcoming from Cambridge Scholars Publishing, and he is now working on a life of William Stevens Fielding (of whom Rogers was the designated official biographer).