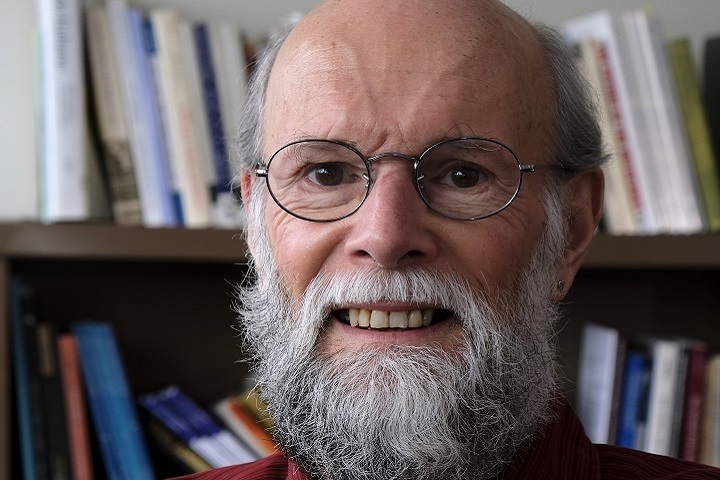 David Lyon's research, writing, and teaching interests revolve around major social transformations in the modern world. Questions of the information society, globalization, secularization, surveillance, and debates over “post-” and “digital” modernity feature prominently in his work. Lyon was formerly an editor of Surveillance & Society and is Associate Editor of The Information Society. He also serves on the international editorial boards of several other journals. His books have been translated into seventeen languages: Arabic, Chinese, Czech, Danish, Dutch, Farsi, German, Hungarian, Italian, Japanese, Korean, Polish, Portuguese, Romanian, Spanish, Swedish and Turkish.

Surveillance Studies has been Lyon’s major research area for the past 25 years. He brings a sociological perspective to bear on the issues raised by personal data processing in a database-dependent world. His surveillance interests include border and airport controls, social media, organizational routines, video camera surveillance, citizen registration and identification systems and social media. His concerns include, prominently, the social sorting capacities of contemporary surveillance, along with an exploration of their ethics and politics.

From the mid-1980s, Lyon's broad concerns prompted a critical examination of the much-hyped ‘microelectronics revolution’ that gave way to the so-called ‘information society.’ In the 1990s, Lyon focused his analyses on the social origins, incidence and consequences of processing personal data, arguing that surveillance has become a major dimension of modernity in its own right. This aspect of his research has expanded considerably, especially since 9/11, and involves extensive collaboration with colleagues and students. Surveillance is a globalized phenomenon, and Lyon's work focuses increasingly on the global south and on encouraging the development of Surveillance Studies networks around the world.

From 2008-2010 David Lyon was a Canada Council Killam Research Fellow, investigating the current rise of national ID card systems in a cross-national comparative perspective. The work complements some of his other studies of surveillance and contributes to both empirical and theoretical understanding of contemporary smart, biometrics-based ID systems.

Currently, Lyon is working towards a book entitled Surveillance: A Very Short Introduction and another on surveillance critique, The Eye of God.

While he is best known for his work in Surveillance Studies, David Lyon’s research and writing span several other areas as well. Starting in Historical Sociology in the 1970s, his early work was on secularization processes – and the critique of some key theories -- in the modern world. Today, he tries to keep abreast of debates over the "post-secular" with an emphasis on the work of Charles Taylor. Following this, his main research directions explore other forms of social transformation that are both characteristic and constitutive of modernity.

As Director of the Surveillance Studies Centre, Lyon works with a multidisciplinary and international team on several related initiatives from primary research to theoretical development as well as associated media, policy and advocacy activities. The current team project is on “Big Data Surveillance” (2015-2020) and is funded by the SSHRC Partnership Grant program. It has streams on security, marketing and governance. This offers opportunities for a number of PhD students and postdoctoral fellows within Sociology. He continues to supervise and co-supervise PhDs.

In 2017, Lyon received a Queen's University Award for Excellence in Graduate Supervision.

In 2005, Lyon was awarded a Queen’s Research Chair in Surveillance Studies. In 2007 Lyon received a Lifetime Achievement Award from the American Sociological Association Communication and Information Technology Section and in 2008 he was elected Fellow of the Royal Society of Canada. In 2012 he received an Outstanding Achievement Award from the Canadian Sociological Association, in 2015 an Insight-Impact Award from the SSHRC and in 2016 an honorary doctorate from the Università della Svizzera Italiana in Switzerland.  https://www.youtube.com/watch?v=9IlkVONwSbQ

The Culture of Surveillance: Watching as a Way of Life (Polity 2018)

Theorizing Surveillance: The Panopticon and Beyond, (editor; Willan 2006)

The Electronic Eye: The Rise of Surveillance Society, (Polity 1994)

The Steeple’s Shadow: On the Myths and Realities of Secularization, (SPCK 1985)