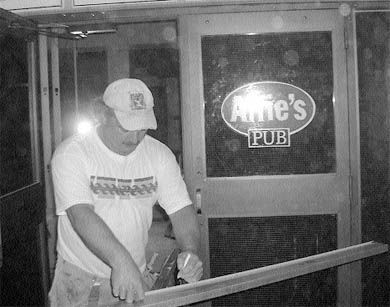 Alfie's, a student-run bar, opened its doors in the 1970s [the Encyclopedia previously noted both 1971 and 1976 as the opening date] as "The Underground," a reference to its location in the basement of the John Deutsch University Centre (JDUC). It was renamed Alfie's in 1979 in honour of Alfie Pierce, a long-time cheerleader for the Queen's football team.

The establishment, which is run by the Alma Mater Society underwent extensive renovation in the summer of 2001.

The bar reinstated its original name "The Underground"  in 2013.