This important Canadian artist also left his mark on art at Queen's, most notably as an early art teacher and the founding director of the Agnes Etherington Art Centre.

A native of Switzerland, Biéler immigrated to Montreal at the age of 12. He served as a Canadian infantryman in the First World War and, while recuperating from his injuries, began to study art. He studied with the Art Students League in Woodstock, New York (1920-1926) and with his artist-uncle Ernest Biéler in Switzerland. He lived in Quebec from 1927 to 1936, painting Quebec rural life.

He came to Queen's in 1936 as the university's artist-in-residence and remained a professor of art until his retirement in 1964. In 1941, he organized at Queen's the first conference of Canadian artists, a meeting which led to the creation of the Federation of Canadian Artists, with Biéler as President, and set in motion the chain of ideas and events that led to the creation of the Canada Council in 1957. 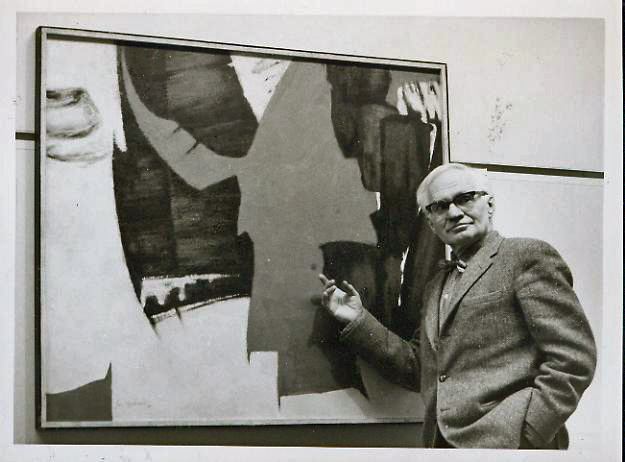 He was the founding director of the Agnes Etherington Art Centre, serving in the post from 1957 to 1963. He stayed in Kingston after his retirement and continued his prolific career as a painter, printmaker, and sculptor until his death in 1989. He was awarded an honorary Doctorate of Law at Queen's in 1964 and the Order of Canada a few months before his death.

In 2000, the refurbished Agnes Etherington Art Centre re-opened with a new edition: the featured André Biéler Studio, named after him in honour of his accomplishments for Queen's.