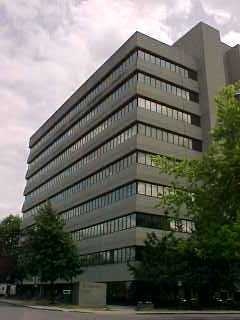 Completed in 1979, this nine-story building, located next to Kingston General Hospital, is the main health sciences building at Queen's. It was made possible by the new provincial funding that became available to Queen's after it joined forces with local hospitals and agreed to coordinate its activities with them in a cooperative health sciences complex.

A large addition to Botterell Hall for heart, stroke, and cancer research was opened in 1992.

The building is named after Edmund Harry Botterell, a neurosurgeon, Dean of the Faculty of Medicine from 1962 to 1970, and Vice-Principal (Health Sciences) from 1968 to 1971.