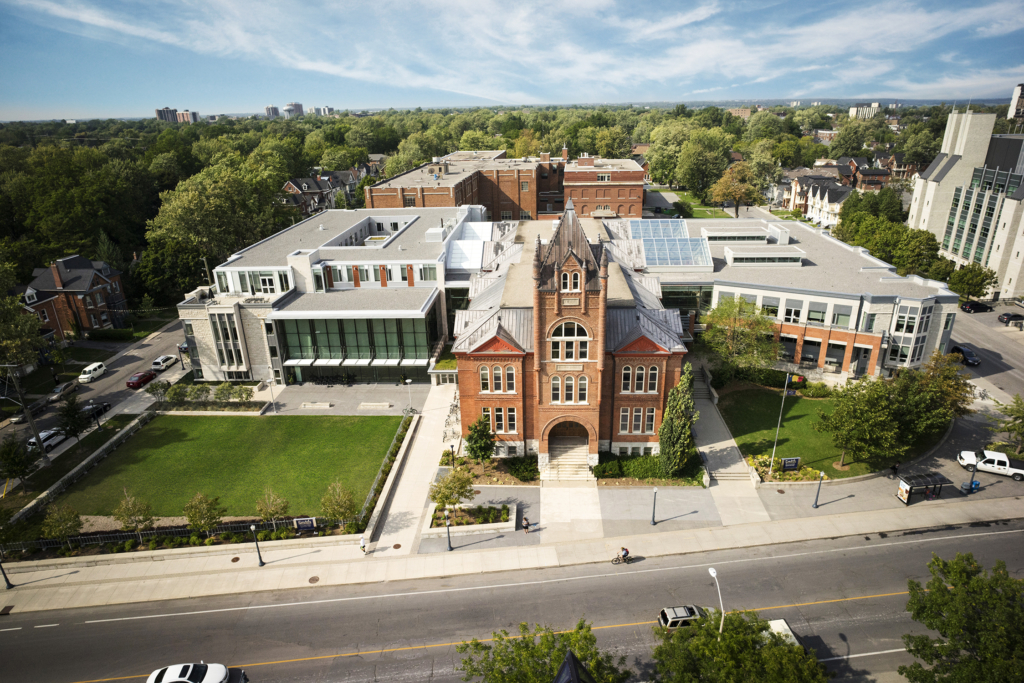 The School of Business at Queen's traces its origins to the establishment of a commerce program at the university in 1919 - the first such program in Canada and the second in the Commonwealth. The program was offered by the Department of Political and Economic Science in the Faculty of Arts and Science (see Political Studies and Economics).

In 1937, the program was given the more formal title of School of Commerce and Administration; it was renamed the School of Business in 1960. It remained a part of the Department of Political and Economic Science until 1963, when it was given the status of a full-fledged faculty, with its own dean and faculty board (Arts and Science undergraduates can still take some business courses as electives; for this purpose, the School of Business is sometimes said to provide the Department of Commerce for the Faculty of Arts and Science).

The tradition of offering distance learning at the School dates back to 1914, when the university began offering a special correspondence course in banking in cooperation with the Canadian Banking Association. From 1921 to the early 1970s, Queen's served as the exclusive provider of the correspondence courses required for qualification as a Chartered Accountant in Ontario and several other provinces.

In 1996, Queen's discontinued its traditional two-year MBA program and launched the ground-breaking MBA for Science & Technology: the first MBA in Canada to be completely privatized, the first to be focused on the growing high-tech sector, and the first to offer a shortened 12-month curriculum.

In 1997, the one-year MSc program was added to complement the unique double-major PhD, providing a new format for students to pursue research interests in management. In 1998, the School was the first in Ontario to be accredited by the International Association for Management Education (AACSB), the world's largest business school accreditation body.

In 2002, Queen's School of Business moved into, Goodes Hall, which is named in honour of the parents of Melvin Goodes, alumnus of the School and generous benefactor.

In October 2015, the School began a new chapter in its impressive history. In recognition of an extraordinary gift from Queen’s alumnus Stephen Smith, the School was renamed The Stephen J.R. Smith School of Business.

Learn more about the Smith School of Business at Queen's University...