Completed in 1969, the Cataraqui Building is one of two buildings at Queen's named after waterways in the 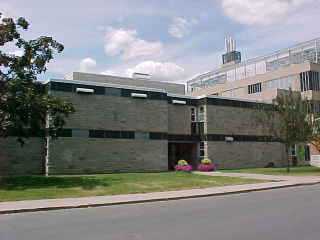 Kingston region; the other is the Rideau Building. The St. Lawrence Building, which was torn down to make room for the construction of Chernoff Hall, was also named for a Kingston waterway, and all three of these buildings were constructed at about the same time.

The Cataraqui Building has been the home of the School of Nursing since 1982.