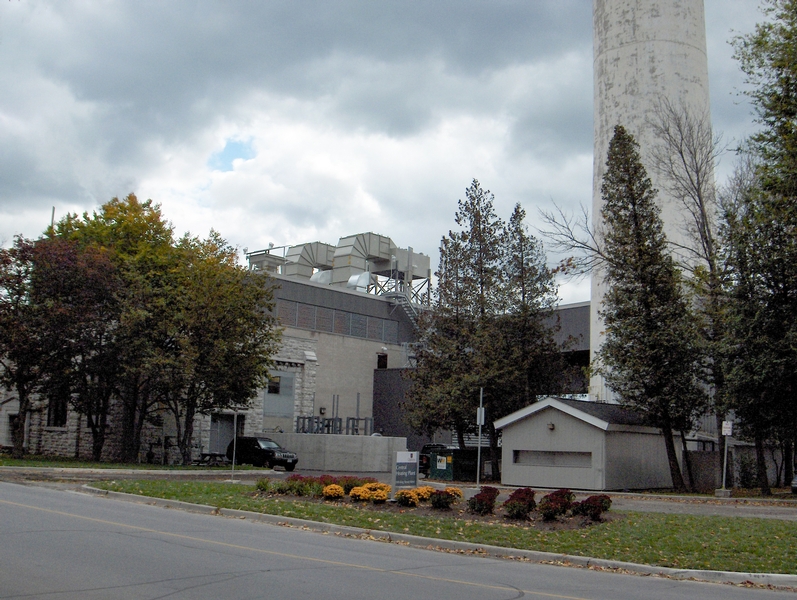 A local landmark because of its huge chimney, this waterfront plant was originally built in 1923 and was radically overhauled in the early 1970s and in early 2000s. It supplies steam for the heating of Queen's main campus, west campus, Kingston General Hospital, Hotel Dieu Hospital, and St Mary's of the Lake Hospital.

The plant is located on the Kingston waterfront near the intersection of King Street and Lower University Avenue. Queen's owns the plant, but there is an agreement with KGH whereby the hospital shares in capital improvements and the maintenance of the plant.