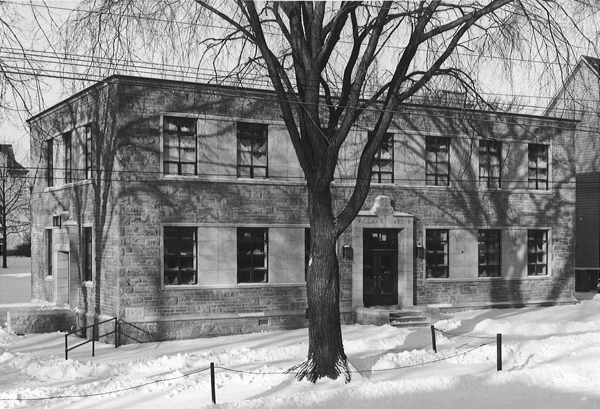 Built between 1949 and 1951, Clark Hall houses the Campus Bookstore and the Clark Hall Pub, run by engineering students.

It was constructed on the west side of Campus Road (on a site formerly occupied by the Old Mill, a machine shop for engineering students) with money provided entirely by the engineering students, including a significant donation from the Fifth Field Company, a unit of Queen's students which served in WWI.

The building was intended to provide a meeting place for engineering students -and for many years it was home to the Engineering Society before its offices moved into Beamish-Munro Hall - and a permanent home for the bookstore, which was then called the Technical Supplies Store.

Clark Hall has been expanded several times: the first addition was completed in 1958 and the second in 1963. 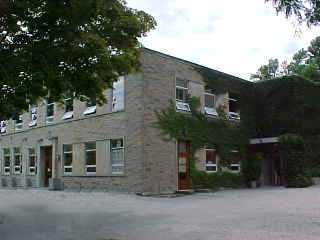 Since 1971, Clark Hall has been the home of the pub run by the Engineering Society and attending "Ritual" at Clark Hall Pub - the oldest of the three campus bars - is a tradition remembered fondly by many alumni.

Clark Hall was named in honour of Arthur Lewis Clark, Dean of Applied Science from 1919 until 1943.