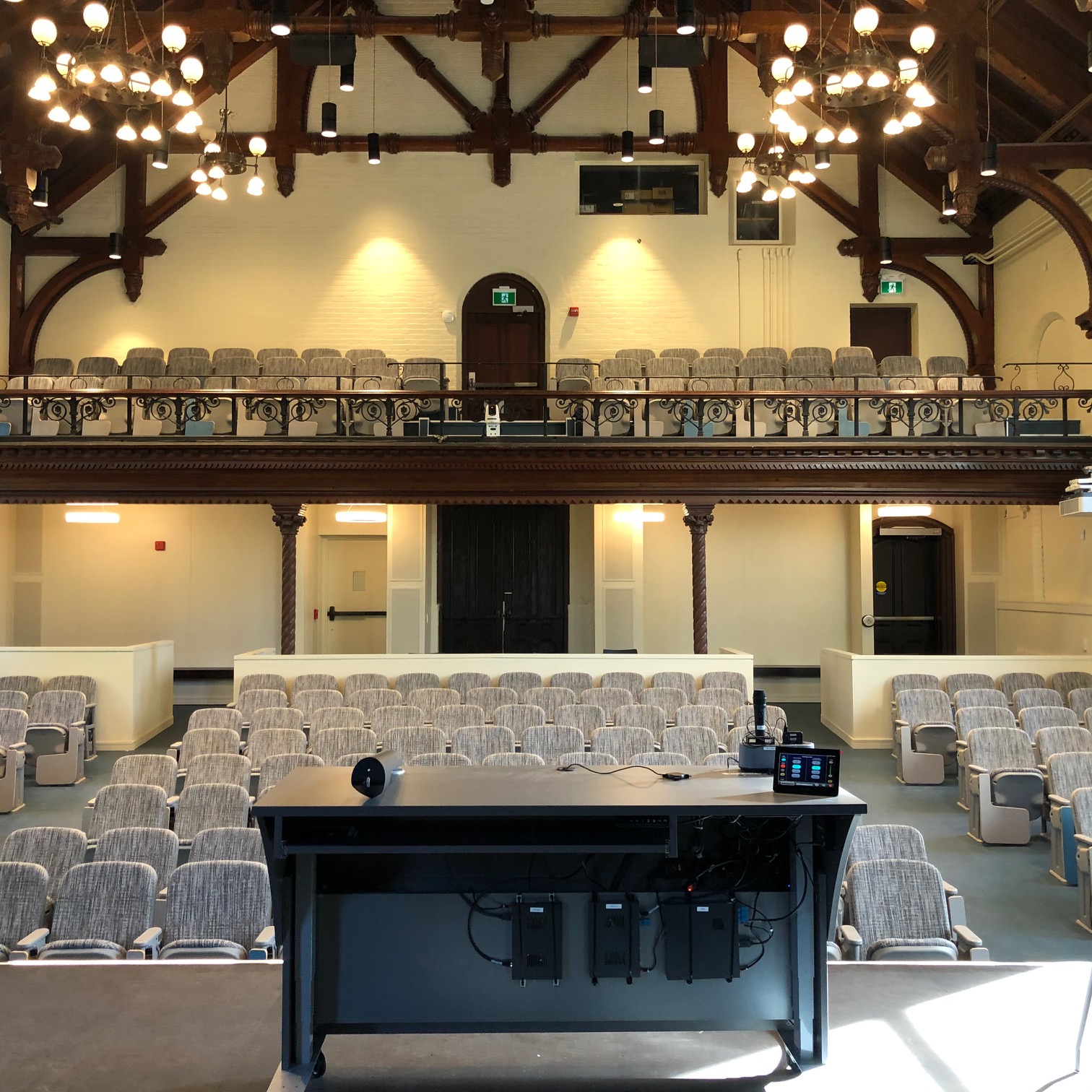 For most of this century, this grand room occupying the second and third floors in the northeast wing of Theological Hall has been used mainly as a theatre by the Department of Drama. But between 1878, when the building opened, and the completion of Grant Hall in 1905, Convocation Hall was Queen's main assembly room.

The hall was used for all major ceremonies, including convocations. It was also used for the university's weekly church services, usually led by Principal George Grant.

To suit its important role, the hall was fitted with stained glass windows, paintings, commemorative plaques, decorative brickwork, and carved wooden beams, most of which have been either removed or covered.

Before Theological Hall was built, an earlier Convocation Hall existed in the Old Medical Building.