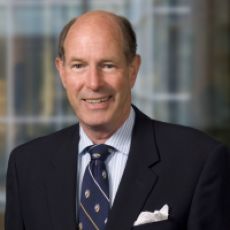 David A. Dodge was installed as the university's 13th Chancellor at fall convocation ceremonies on October 30, 2008.

During his academic career, Dodge served as: During a distinguished career in the federal public service, Dr. Dodge held senior positions in the Central Mortgage and Housing Corporation, the Anti-Inflation Board, and the Department of Employment and Immigration. After serving in a number of increasingly senior positions at the Department of Finance, including that of G-7 Deputy, Dr. Dodge was appointed Deputy Minister of Finance in 1992.

In 1998, Dr. Dodge was appointed Deputy Minister of Health, a position he held until his appointment as Governor of the Bank of Canada in 2001 for a term of seven years ending in January 2008. He has been a Senior Advisor at Bennett Jones SLP, a member of the boards of Canadian Utilities Ltd., The C.D. Howe Institute, and the Canadian Institute for Advanced Research. He was made an Officer of the Order of Canada in 2007.

Though he has now retired from his position as chancellor, Dr. Dodge was appointed as chancellor emeritus by University Council. The honorary position recognizes the exceptional job Dr. Dodge performed during his terms as chancellor.