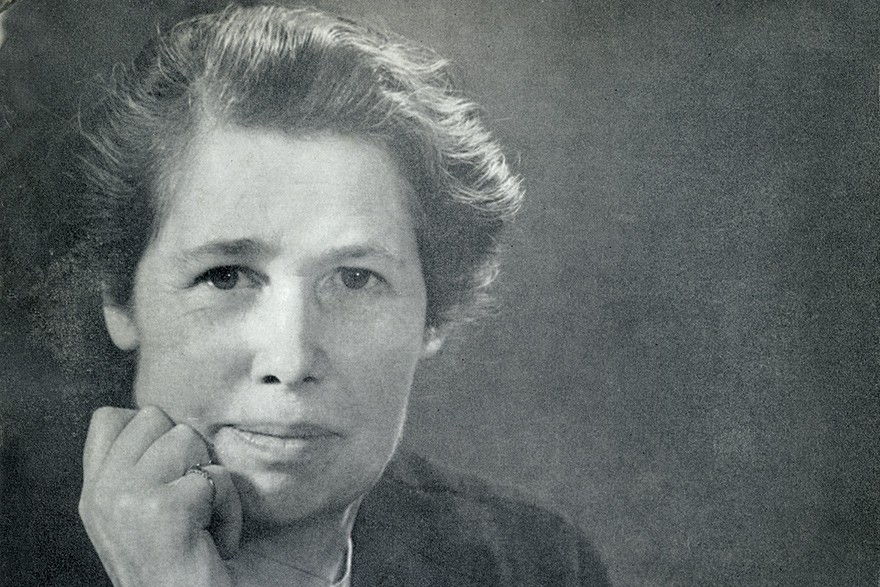 Vibert Douglas (she usually went by her middle name) was one of Canada's best-known astrophysicists and served as Queen's Dean of Women from 1939 to 1959.

Born in Montreal in 1894, she attended McGill but suspended her studies in 1916 to join the War Office in London as a statistician. For her efforts during the First World War, she was made a Member of the Order of the British Empire (MBE) in 1918.

Douglas earned her BA from McGill in 1920 and her MSc a year later. Soon after, she became fascinated by astronomy when she studied at the Cambridge University Observatory under Sir Arthur Eddington, one of the leading astronomers of his generation and a man about whom she wrote an acclaimed biography in 1956.

She returned to McGill to complete her doctorate in astronomy in 1926 and stayed at the University as a lecturer in physics and astrophysics until 1939, when she came to Queen's to serve as Dean of Women and as a Professor in the Physics Department. She remained Dean of Women for the next 20 years, living in Ban Righ Hall, and taught Physics until her retirement in 1964.

During her tenure at Queen's, Douglas served as president of the Royal Astronomical Society (1943-1945), as the first Canadian president of the International Federation of University Women (1947-1950), and as the Canadian representative at the 1954 UNESCO conference in Montevideo.

During the Second World War, she also initiated the Women's Volunteer Corps at Queen's along with Marion Ross. Douglas required a mandatory two hours per day of 'contribution to the war effort' of all students, and set up knitting stations in Kingston Hall for women to use between classes. She also required all first-year female students to take a St. John's Ambulance course in the first semester and a home nursing course in the second (see Wartime at Queen's).

She was named one of 10 "Women of the Century" by the National Council of Jewish Women in 1967 and was admitted to the Order of Canada in the same year. She held honorary degrees from McGill, Queensland University, and Queen's. In her honour, astronomers named a discovered planet "Vibert Douglas."